I went to London, England; as some of you may already know.

I’m speaking in past tense, since I was not able to create blogs in London when I was actually there. This is because they are behind America when it comes to most technologies by 2 years approximately, as said from experience of using their Wi-Fi and being told by their advertising agencies.

Anyhow, I studied in the UK so that I could expand my knowledge in global advertising, and purely just to use my passport, finally for the first time in my life. London was the perfect place to go, to be immersed into the world of advertising and business; being home to many award winning advertising agencies such as DDB (having clients such as Volkswagen, Harvey Nichols, Marmite; also claimed to be the start of creative advertising), and McCann Erickson (whom are creating all work for the upcoming Olympics campaign). However, London was not the best place to travel for a first experience of being out of the country, only because it’s really not that different or shocking, aside from the accents and driving on the wrong side of the road.

Differences that I did notice; the obvious money change: british pounds and pence, and currency right now is .74 or something, for example: 5 british pounds converts to 8 American dollars. Instead of using “EXIT” they use “Way out.” To direct you to an exit they use a sign that shows a green square and then a green man drawn to run towards that green square. Instead of “Restrooms” they say “Toilets.” There is no such thing as refills on drinks in restaurants, and you are given no ice (most of the time). You must order a tap water if you would like free water or else they will give you bottled water and charge you millions. You are not supposed to tip when in London; this is because their system makes sure to have higher wages within food service industries or else they include a service fee on your receipt. When crossing a street, look right before left; this is extremely important, pedestrians do not always have the right of way, unless they are in a zebra crossing or the green person is showing; drivers will not stop if it’s their right of way, (this means if you want to reenact the album cover of Abbey Road, you have to fight with the traffic, it’s still a road in use.) The sun never comes out. Yes, they drive while keeping to the left side of the road, as well as having the driver’s side on the right side of the car. However, this doesn’t mean that they also walk on the left side of the sidewalk; some may or may not. I’ve found that there is not a standard for what side to keep to when walking on a sidewalk; everyone just walks everywhere, causing a lot of pedestrian-to-pedestrian collisions. Most of London’s population consists of 30% multi-cultural locals, and the rest most likely is split into tourists and the British. This could be the main reason behind no standard followed, chaos is what it is, but understandable, so who cares.

I think that’s enough for now.

Here are some photographs on random London phenomenon.

Below: Knightsbridge at night 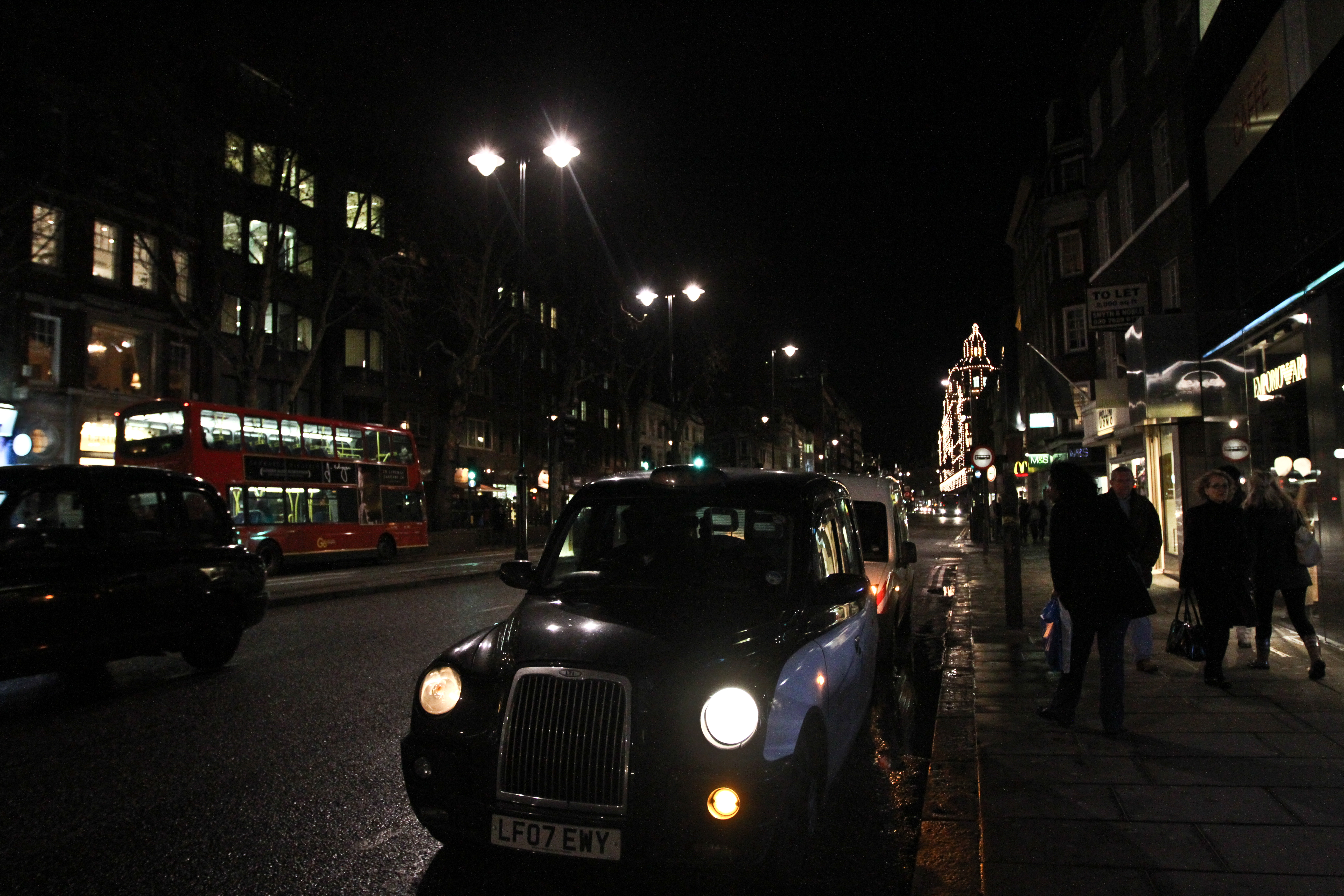 Below: Harrod's on Knightsbridge 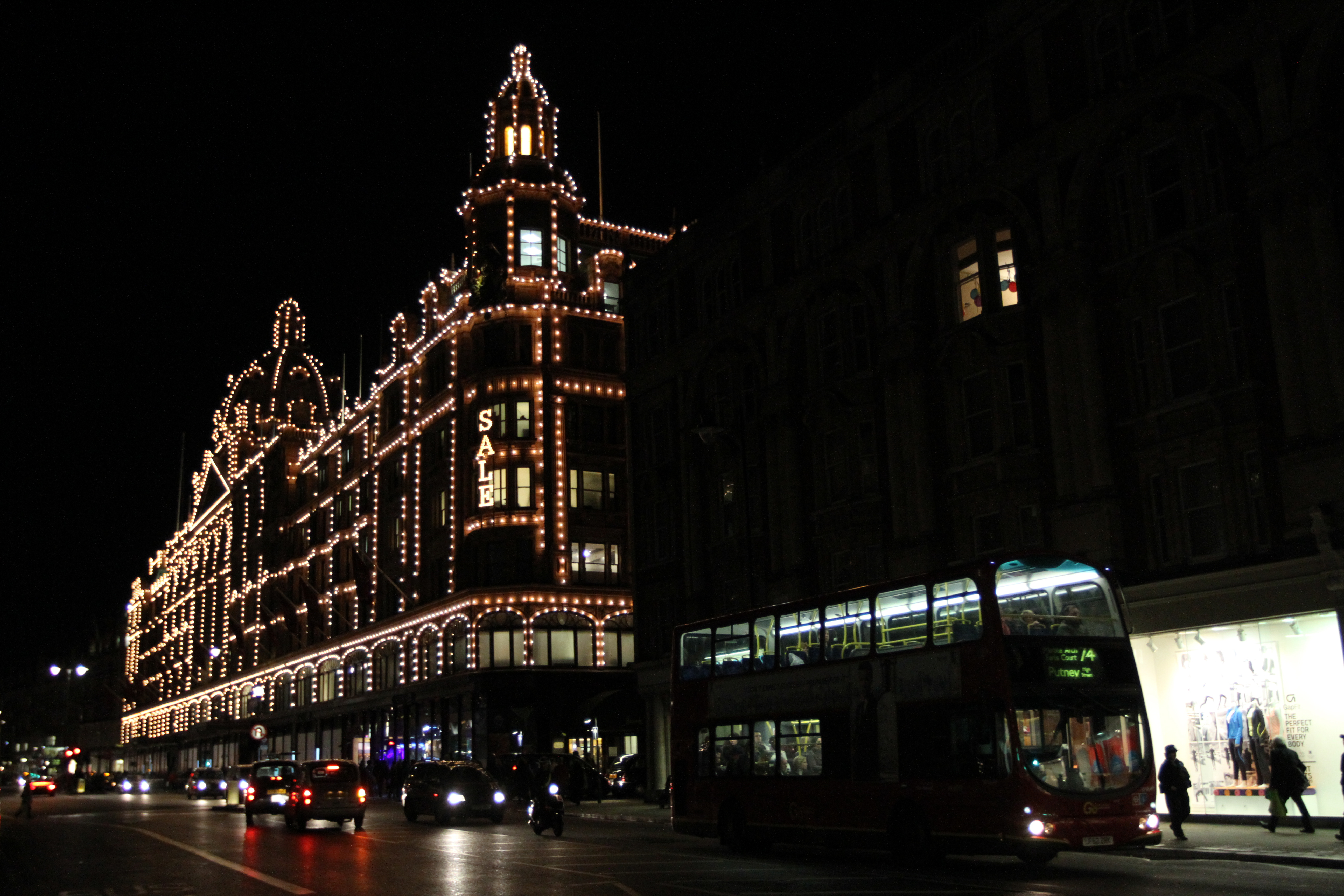 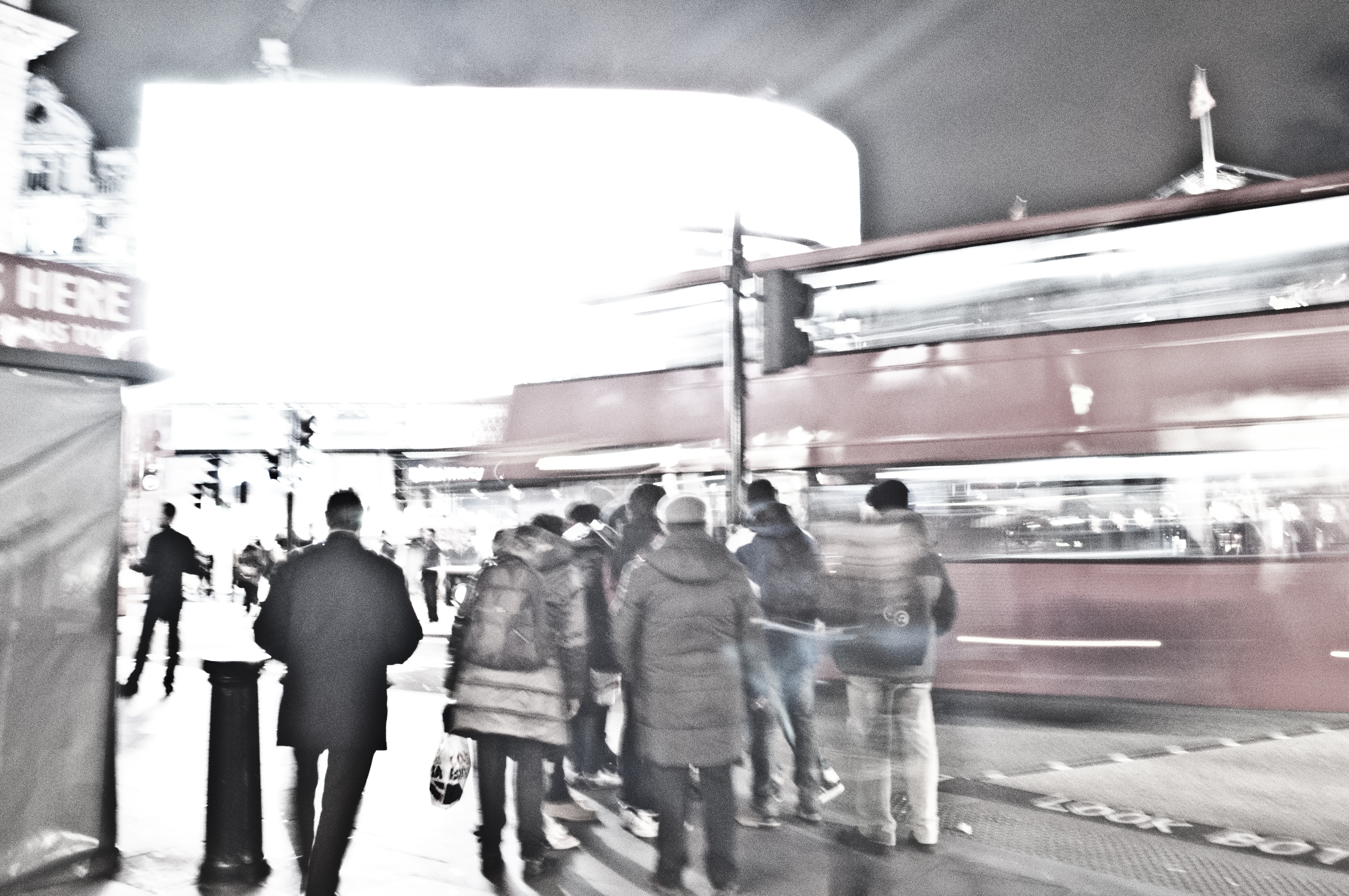