THE TAO OF THE RIVER

When more rain falls than the soil can absorb or plants can use, it has to go somewhere, and that movement is driven by gravity. Because concentrated flows are more efficient than sheet flows, concentrated and channelized flow paths are more likely to occur than diffuse flows. These pathways are also more likely to be reused, and to be enhanced by erosion associated with those flows. Similarly, when two of these threads of flow meet, they typically combine (less total surface area for the same amount of water = greater efficiency). Thus these channelized flows tend to form branching channel networks.

The formation of stream and river channels and networks is thus an emergent property of efficiency selection--those most efficient flow paths are more likely to arise in the first place and to be preserved and enhanced. The fact that most of these systems eventually lead to the sea (though globally, a surprisingly large minority drain to interior continental basins) is due to the fact that the flows are gravity driven, and for water, the ocean is the low point.

There is no law of science or nature that requires that water be moved from continents to oceans, or sediment, or for any of the other things that fluvial processes do. Those are the work of the river; emergent outcomes of the job of the river, which is simply to move excess water. I made these points six(!) years back in an article titled The Job of the River.

I am thinking about this today as I sit alongside the Neuse River estuary, where Lynn and I are working on the home built by her late parents. It has long been one of my favorite spots--very near many of my research field sites from the 1990s, and near where I grew up.  At this point the river is more than 6 km wide, and this place is situated with views both up and downriver. 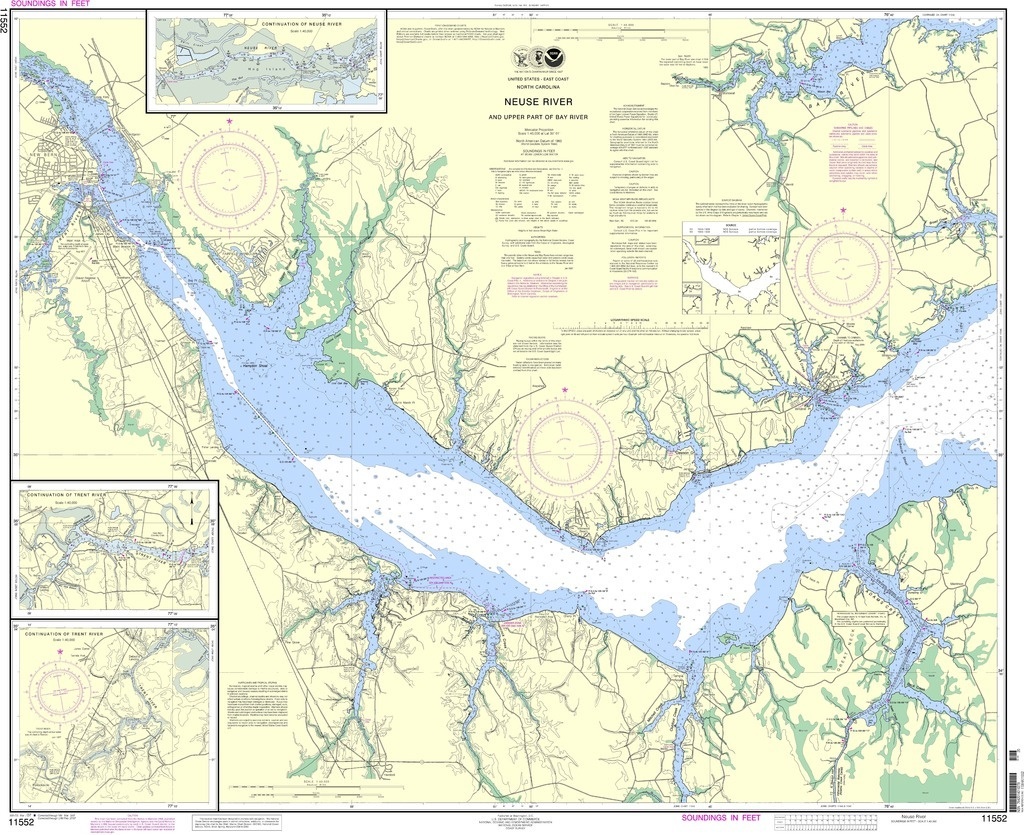 NOAA nautical chart of the Neuse River estuary. I've always loved these maps for their combination of applied purpose and aesthetic quality.

Up, to the Neuse River, which rises in the North Carolina piedmont, flows through the insanely sprawling Raleigh area, and escapes that land of strip malls and perpetual highway construction near Smithfield. On it flows through Goldsboro, Kinston, and Fort Barnwell, forming the Neuse River estuary downstream of Street's Ferry; upstream of New Bern. Down, past Cherry Point, Minnesott Beach, and Cedar Island, to the Pamlico Sound. From there it is another 45 km, as the Pelican flies, to the Atlantic Ocean via Ocracoke Inlet. 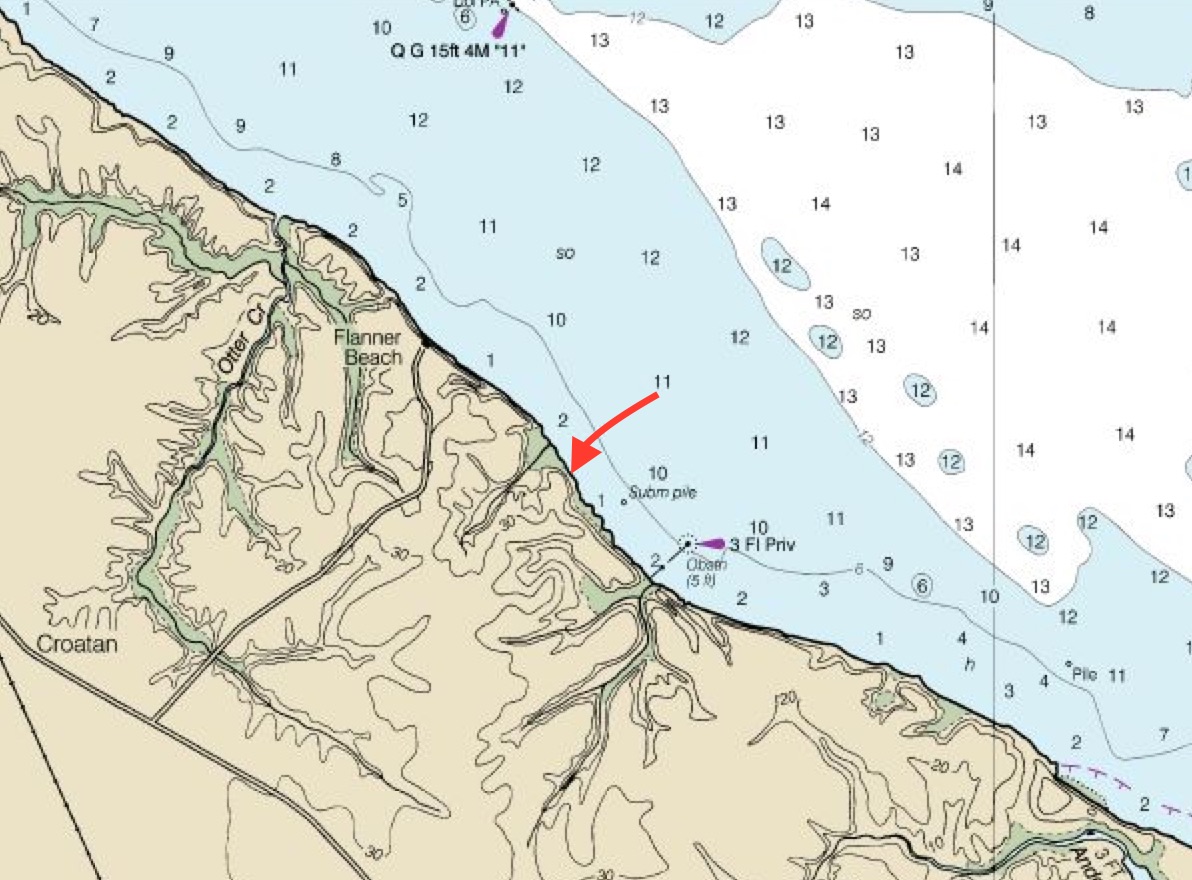 I often think about river journeys, back when water was the main means of transportation, and even still for some adventurous sorts who pass by between the Intracoastal Waterway to the east and the sailing havens of New Bern to the west. I've thought (and researched, back in the day), about the sedimental journeys of eroded soil downstream from the piedmont, and inland from the fields of the Coastal Plain; the back-and-forth journeys of salt, nitrogen, blue crabs, and shad. I think about how I like to see the lights--but only a few--on the far shore, and the channel markers blinking up and down the estuary. About how when the moon is up over the water, always promising adventure and romance.

So you may wonder how I reconcile the romantic blathering just above, with the fairly clinical-sounding analysis based on efficiency selection and emergent properties farther above. How can one go effortlessly from principles of material fluxes to magic?

My father, who was a Methodist minister, never had any problem reconciling science and religion. Science deals with the how, he said, and religion with the why. And even if you don't rely on religion for the why, the how and why don't need to come from the same place. To me, imagining a creator who can get this done with only a simple principle of efficiency selection and gravity is far more inspiring than one who has to preordain every microbe and mountain range. And the beauty of it is, none of us have to believe in a creator, or the same one, to learn how it happened or to appreciate it.