The Perpetual Quest for Efficiency Part 2: Gradient and Morphological Selection

Selection of more efficient paths is not perfect. This selection sometimes occurs deliberately, even intentionally, as when root growth seeks to optimize access to water and nutrients, or a human (or other large fauna) seeks to find the easiest path through thick brush. In other cases, potential transport paths of varying efficiency are encountered by chance (e.g., by sheet flow on a hillslope, or diffuse infiltration into soil). In both cases the mechanisms for route selection are imperfect, and the “decisions” are highly local—in the examples, neither the animal, root, or flowing water can “see” beyond its immediate surroundings. 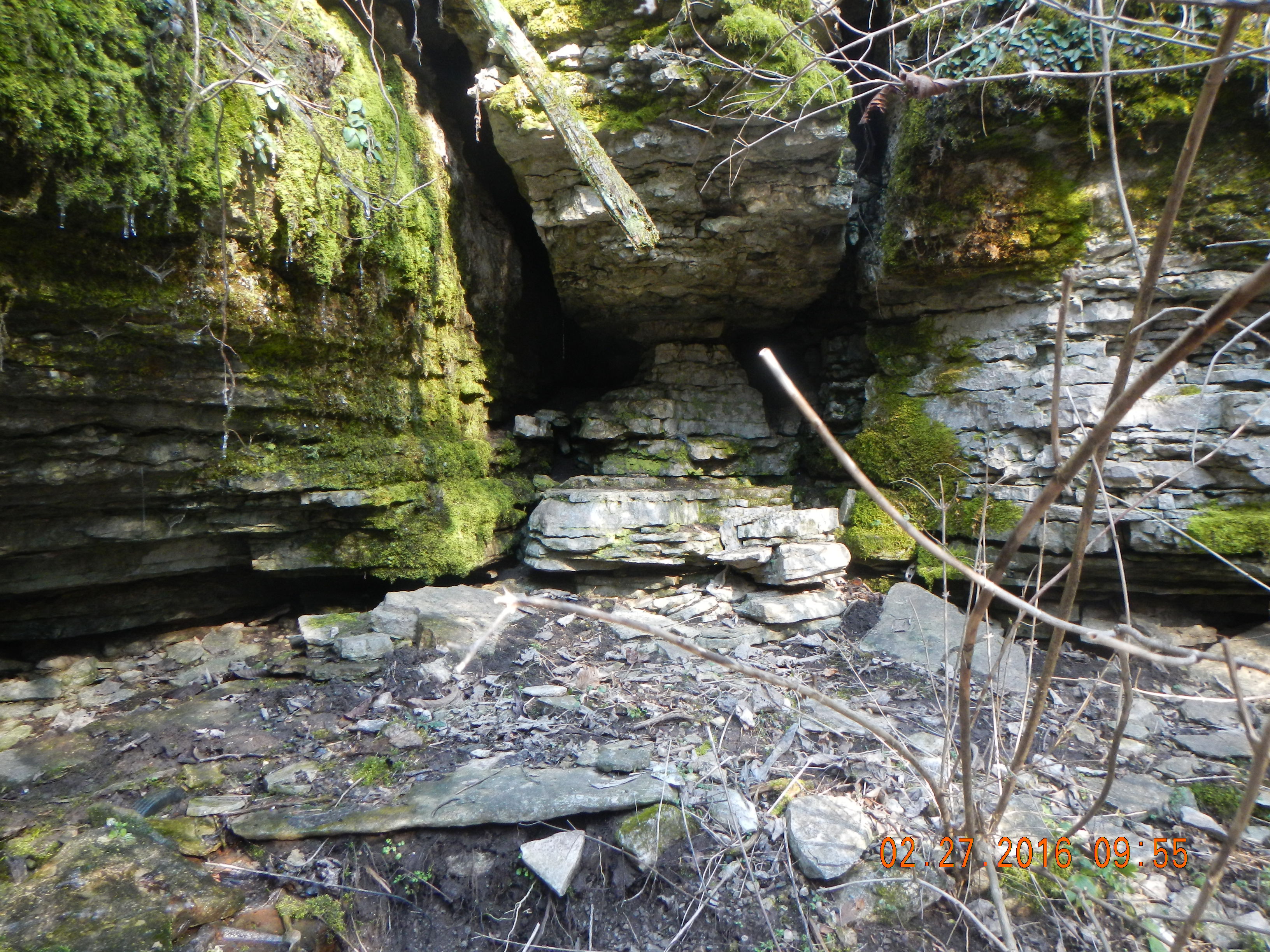 The strongest forms of gradient selection involve positive feedback, where use of a pathway enhances its flux efficiency—for instance, when karst fracture flow enlarges the conduit by dissolution, or concentrated surface runoff incises a channel. A weaker version is when flow or use simply does not degrade the efficiency of a route. Sometimes this does happen, as for example when material transported by percolating water results in clogging of pores, or when overuse of an unpaved road or path renders it rutted and muddy. 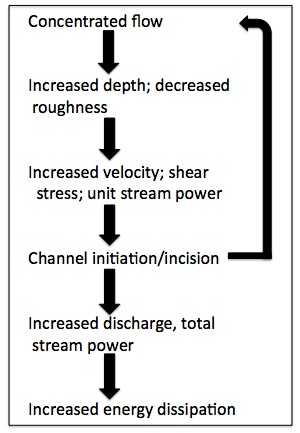 The positive feedbacks generally involve creating or enhancing features that are relatively resistant and tend to persist, such as gullies, stream channels, macropores, ground water conduits, and well-trampled footpaths. However, this does not always occur, and may be limited, for example when a conduit enlarges to the point of collapse or a trail becomes severely eroded and more difficult to traverse. 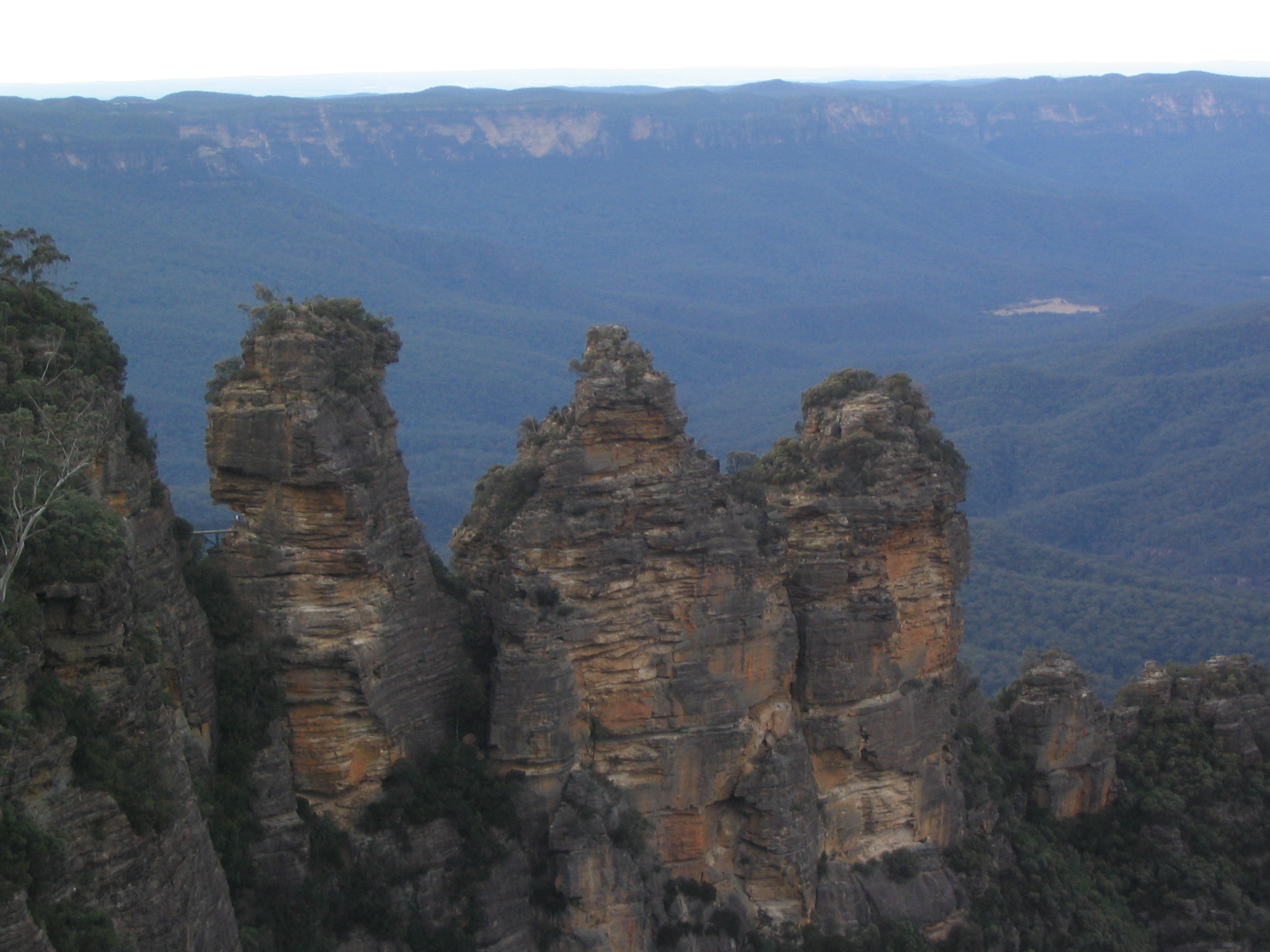 But this does not always, inexorably lead toward increasing domination by the more resistant forms. In part this is because of the role of disturbances and changing boundary conditions. But we must also consider differential resistance of the same materials to different processes and in different contexts. Quartz sand, for instance is a strong, stable, low-solubility material that is highly resistant to modification by chemical weathering. However, sandy soils or sediments may be highly vulnerable to wind or water erosion, though even that will vary according to topographic settings, hydrological context, and vegetation cover. Similarly, many limestones have a high degree of physical strength and are resistant to mechanical erosion, but are soluble and have low resistance to dissolution.

Resistance may also change over time, sometimes due to the opposing forces or processes. Aging, senescence, death and decay of organisms and organic structures decreases resistance over time, for instance, and undercutting of slopes increases their propensity for failure. Erosion and weathering may eventually result in increased surficial resistance due to armoring, crusting or sealing, or case hardening. Rock weathering reduces rock mass strength, but also produces resistant residuals and secondary minerals. 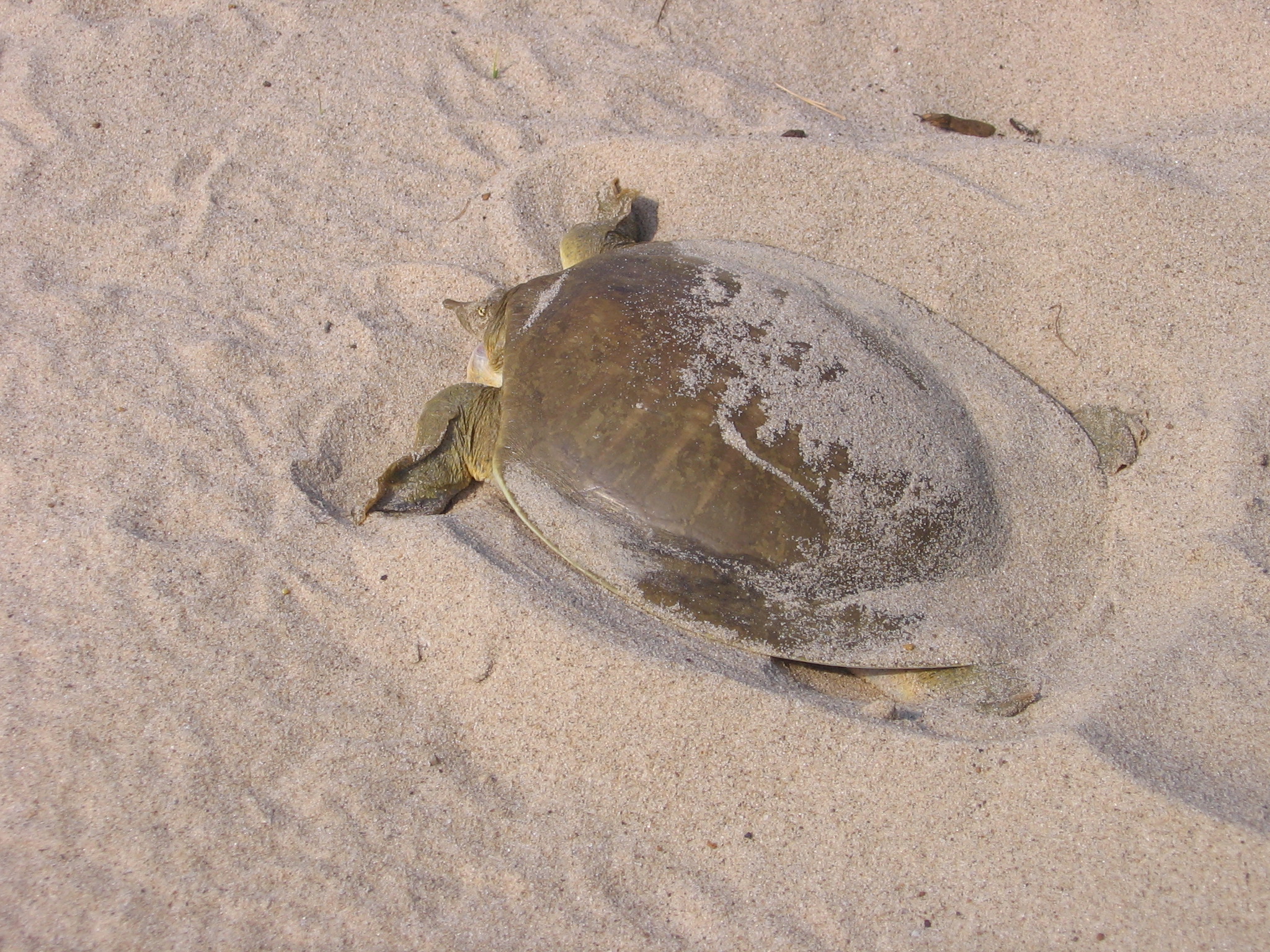 Turtle-turbation on a sand bar, Sabine River, Texas/Louisiana. Quartz sand is highly resistant to chemical weathering, and more resistant to transport than silt, but otherwise relatively easy to move around by water, wind, and turtles.

Finally, denudational forces are often applied to layered regoliths, soils, and sedimentary rocks, and to materials and surfaces that are heterogeneous in three dimensions. Thus it is not unusual for the removal of weaker materials to expose more resistant ones.

Next: Barriers to Continuous Increases in Efficiency