From my student days onward, the aspects of nature that interested me most were the apparent anomalies--the things that were uncertain and unpredicted; that weren't like they were supposed to be. Nature contains both regular, ordered, predictable aspects, and irregular, disordered and unpredictable facets. As scientists we are taught to focus on the former and eliminate, ignore, or circumvent the latter.  But anyone who spends much time in the field knows that our planet is a source of infinite variety and ever-increasing uncertainty (because the more you learn, the more you realize that you don't know). But what always fascinated me was not that (for instance) the soils or streams or eastern North Carolina or central Kentucky fit, and can be predicted by, some broad pattern. It was the fact that you can often auger the ground at two spots less than a meter apart and find completely different soils, or walk or canoe a stream channel and easily find features not explained or predicted by the conventional scientific wisdom.

Thus my career has focused on spatial and temporal variability in nature; on sources of irregularity and uncertainty.  I have come to view the world primarily through the lenses of spatial variability, historical contingency, nonlinear complexity, etc.  So much so, in fact, that I figured it was time to stop and remind myself (and whatever readers of this blog are out there) of the aspects of nature that DO facilitate predictability and create order. 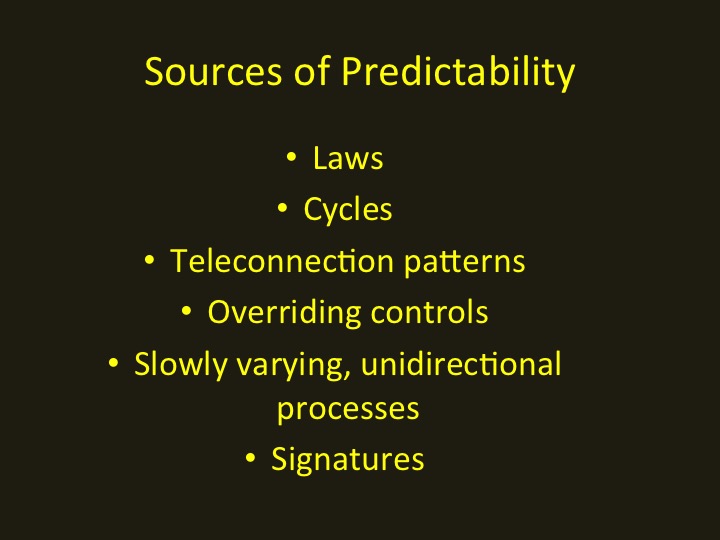 First and foremost is the fact that Earth surface systems are determined by a triad of factors: laws, place, and history. While place and history factors are geographically and historically contingent, and have to be evaluated on a case-by-case basis, the law factors are general, if not universal, and to the extent we understand them, we can use them to predict.

Second, some phenomena are strongly influenced by predictable cycles. The best known in a geoscience context are those controlled by Earth-sun-moon relationships--diurnal and seasonal cycles and lunar tides. Other celestial mechanics (i.e., Croll-Milankovitch cycles) can also introduce a degree of predictability. Cycles also exist in some biological phenomena (cicadas and other insects; mast production in walnut and other trees, for instance).

Teleconnection patterns in ocean-atmosphere interactions such as the El Nino-Southern Oscillation, Madden-Julian Oscillation, Pacific Decadal Oscillation, etc.  provide some degree of predictability in climate and oceanographic phenomena, though these effects are still being teased out. Note that while the patterns themselves are not always predictable, their impacts on climate and ocean phenomena can be, as well as subsidiary impacts on, e.g., hydrological, ecological, and geomorphological processes.

A fourth source of predictability in Earth systems are circumstances where a single dominant, overriding factor comes into play. A rather obvious example is landscape and topographic change for a site being mined or landscaped for construction. Here the effects and forcings of weather, climate, hydrology, biota, geomorphic processes etc. almost cease to matter--it is the plans and activities of humans that determine the outcome. A meteorological example in the southeastern U.S. is development and strengthening of the Bermuda High. When this feature is in play, the weather is easily predictable (and reliably, nastily hot, humid, hazy, and still). 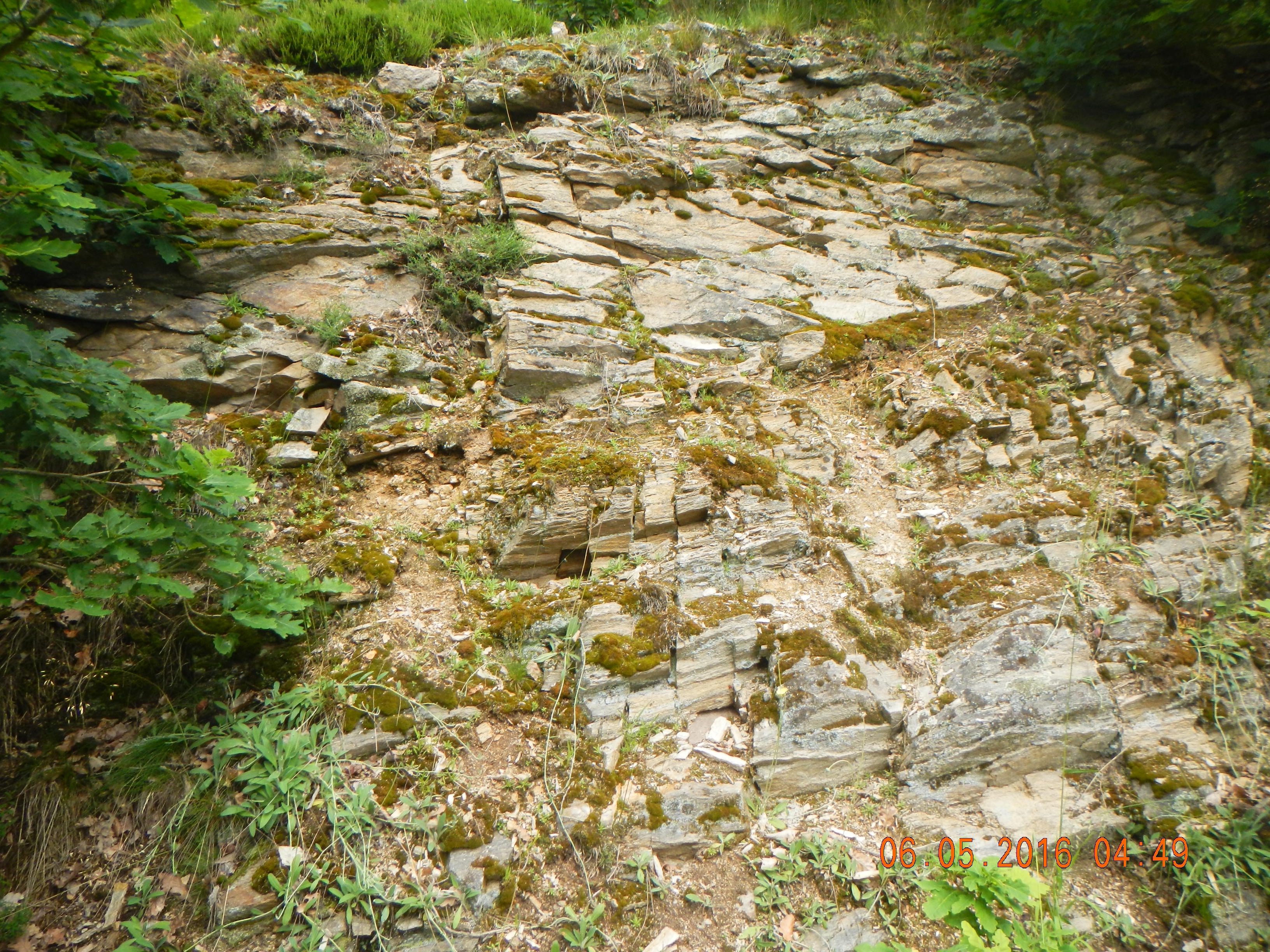 Slowly varying, irreversible, directional processes provide another aspect of predictability. These are basically inevitable trends that proceed irreversibly in only one direction. For example, when rocks are exposed at the surface they began to weather, and continue to do so until they are broken down as far as they can be or something (e.g., deep burial) shuts down the process. General denudation and downwasting is another example--it continues inexorably until complete or the geomorphic clock is reset, even if offset or opposed by uplift.

Finally, even where multiple causality is involved and laws, place and history factors are all relevant, sometimes particular combinations of circumstances provide signatures or diagnostics that can predict or explain. This is the basic of synoptic meteorology and climatology, still a basic tool of forecasting. A comparable approach to hydrology and geomorphology has been applied by a number of researchers, often under the name of event-based prediction or explanation.