As the Kentucky River in central Kentucky continues to downcut through Ordovician limestones in the Kentucky River gorge area, entrenched meanders grow. On the outside of these bends tributary streams are truncated, their slopes accordingly steepen, and fluvial dissection becomes more dominant. On the inner part of the bends, slip-off slopes develop that are far less steep than valley walls on the outer bends, but steeper on average than the adjacent uplands. These inner bend areas are hotspots for karstification, and are pockmarked with numerous dolines (karst sinkholes). Streams are few and small; larger tributary streams are apparently diverted away from the inner bends; in any case no tributaries with a surface drainage area of more than a few km2 join the river on the inside of a meander (at least in the gorge area). This article includes a section on the "Badass Bends" and their diverging karst vs. fluvial dynamics. This previous post discusses the expansion of the Polly's Bend compound meander. 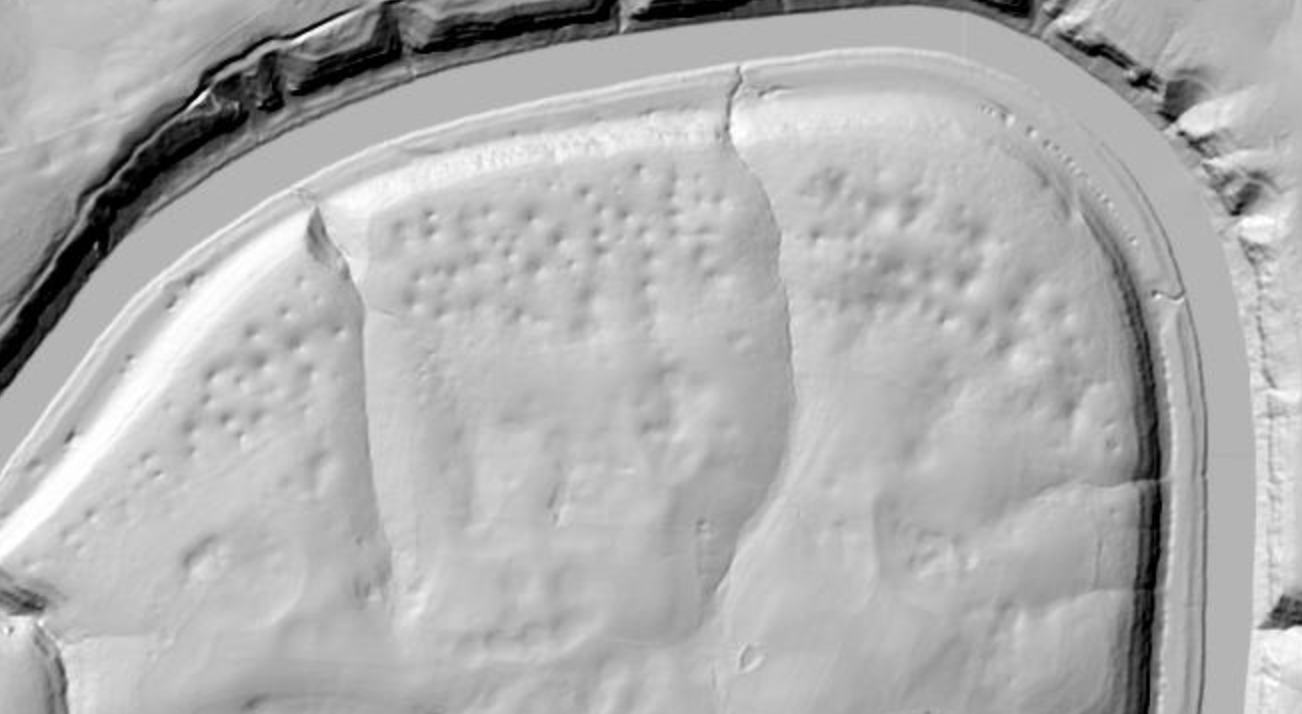 The interior of Bowman's Bend on the Kentucky River, from 1.5 m LiDAR data. The numerous pockmarks are karst sinkholes (dolines).

While it is relatively easy to explain what the inner bends are karsty-er and the outer bends fluvial-er, and vice versa, it is not so easy to explain why the inner bend areas are such karst hotspots, even compared to adjacent uplands. It seems to be a combination of three factors. First, Kentucky River incision is, at least over the last 1.5 million years or so, the major driving factor in landform evolution for both karst and fluvial processes. Areas closer to the river are more profoundly affected, so any karstification going on there is likely to be faster and more intense, on average, than on the interfluves. Second, in some cases groundwater flow takes a shortcut across the bends, forming and widening karst conduits. Some surface expression of this is to be expected as collapses occasionally occur into the underlying conduits and cavities. Third, the erosional bevelling of the slipoff slopes may promote karst development by exposing underlying joints, etc.

These dynamics are evident on the ground, especially during winter, when our lush vegetation does not obscure them so much. Last weekend I was out hiking at Bowman's Bend, and got a few pictures--just the tip of the iceberg, so to speak. 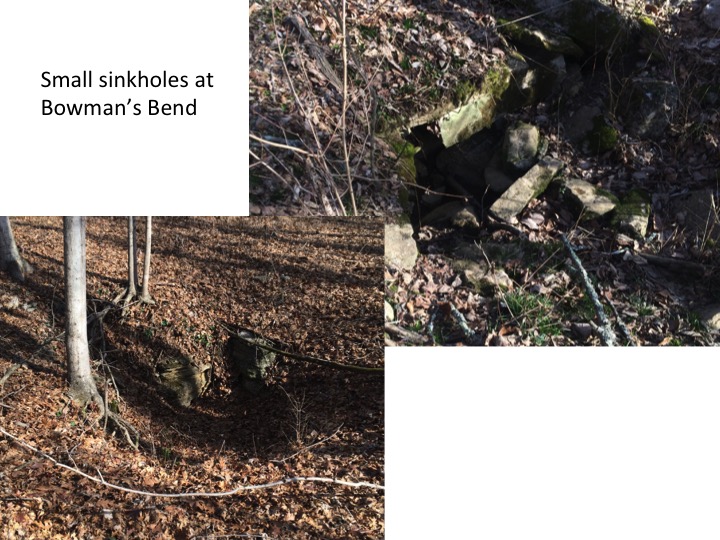 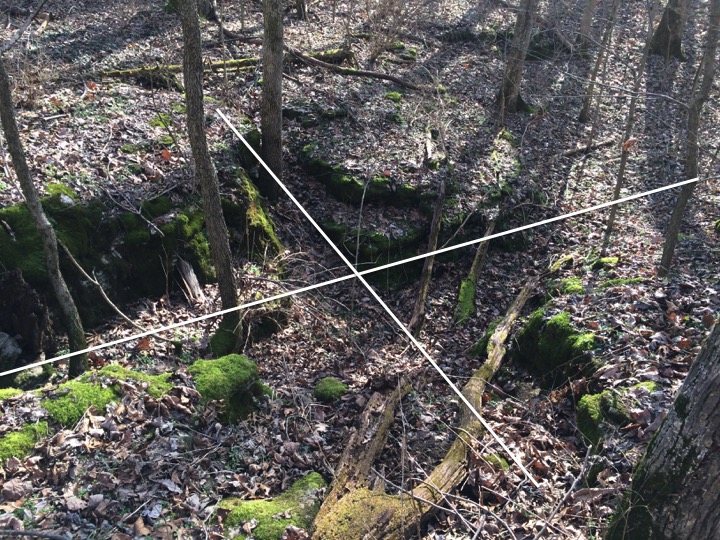 Solutional features are often focused where joints intersect. The white lines added to this photo show the trend of the two joints that intersect at the center of this sink. 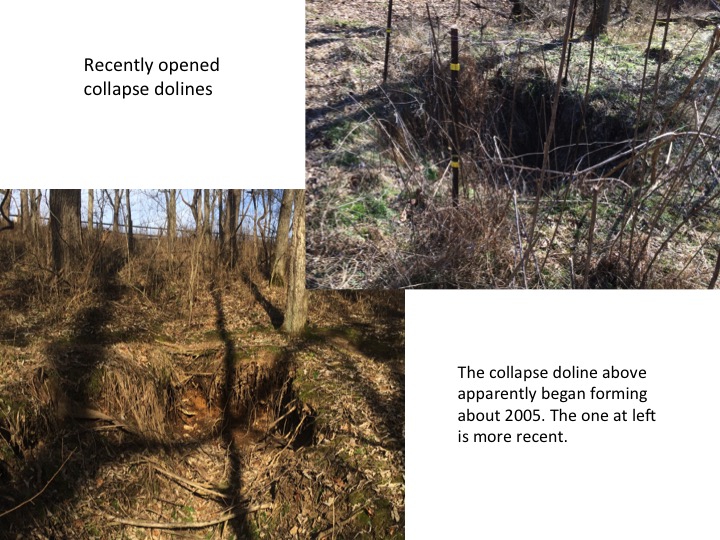 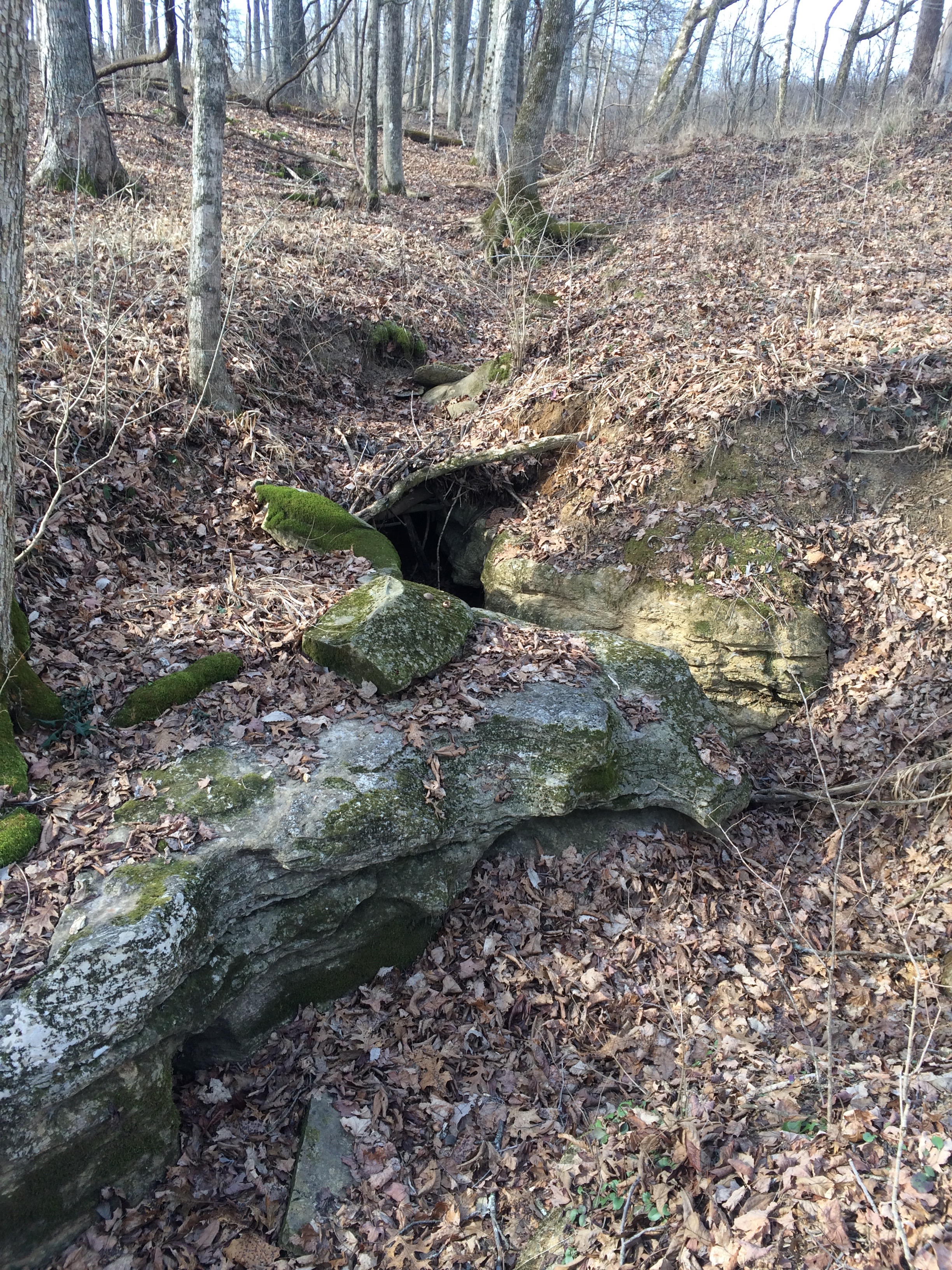 Interaction of fluvial and karst--a swallet connectedt to a subsurface conduit in an ephemeral channel.