Some recent theoretical and modeling work on regolith and the so-called critical zone draws a distinction between the entire thickness of weathered material H and the mobile thickness h that is potentially (re)movable by erosion and mass wasting. As H > h this implies that in many cases there exists a subsurface immobile layer.

This distinction between a potentially laterally mobile and a fixed layer of weathered material is no doubt useful as a model assumption. It is also probably true, or close enough, for some very thick weathered mantles. And of course, the mobile:immobile distinction is self-evidently true during periods when a portion, but not all, of the regolith thickness is being transported. 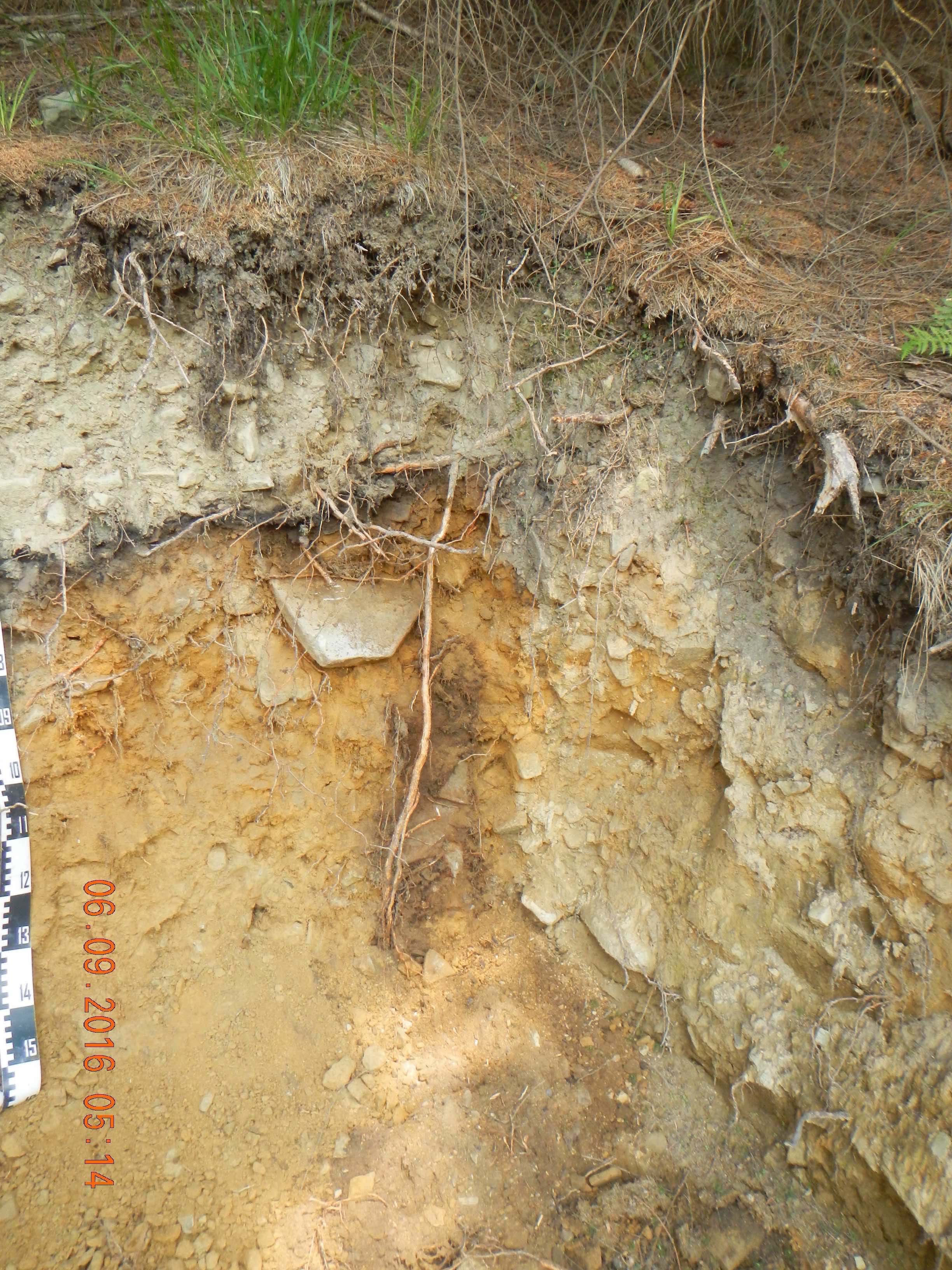 Regolith in the flysch Carpathians, Czech Republic. Lighter upper layer is a landslide deposit. Lower material (the black layer is charcoal, apparently from a fire at some point) is weathered in place. It is all potentially mobile.

It is a mistake, however, to assume that a mobile upper and a fixed lower layer of regolith is a good general conceptual model of how regoliths and hillslopes work.  As with many other such concepts (e.g., various steady-state assumptions; distinctions between solum and the "rest" of the soil; random disturbances, etc.) situational accuracy and conceptual and/or modeling utility do not necessarily add up to generally applicable truths.

First, consider phenomena such as deep-seated mass movements, gully incision, and regolith stripping. All may involve movement of the entire regolith, even in some cases where the weathered mantle is pretty thick. Second, the H vs. h concept is based on notions of surface removal, emphasizing mechanical processes. We have to keep in mind the importance in some situations of mass transport in solution, and of vertical transport (e.g., leaching and vertical translocation). 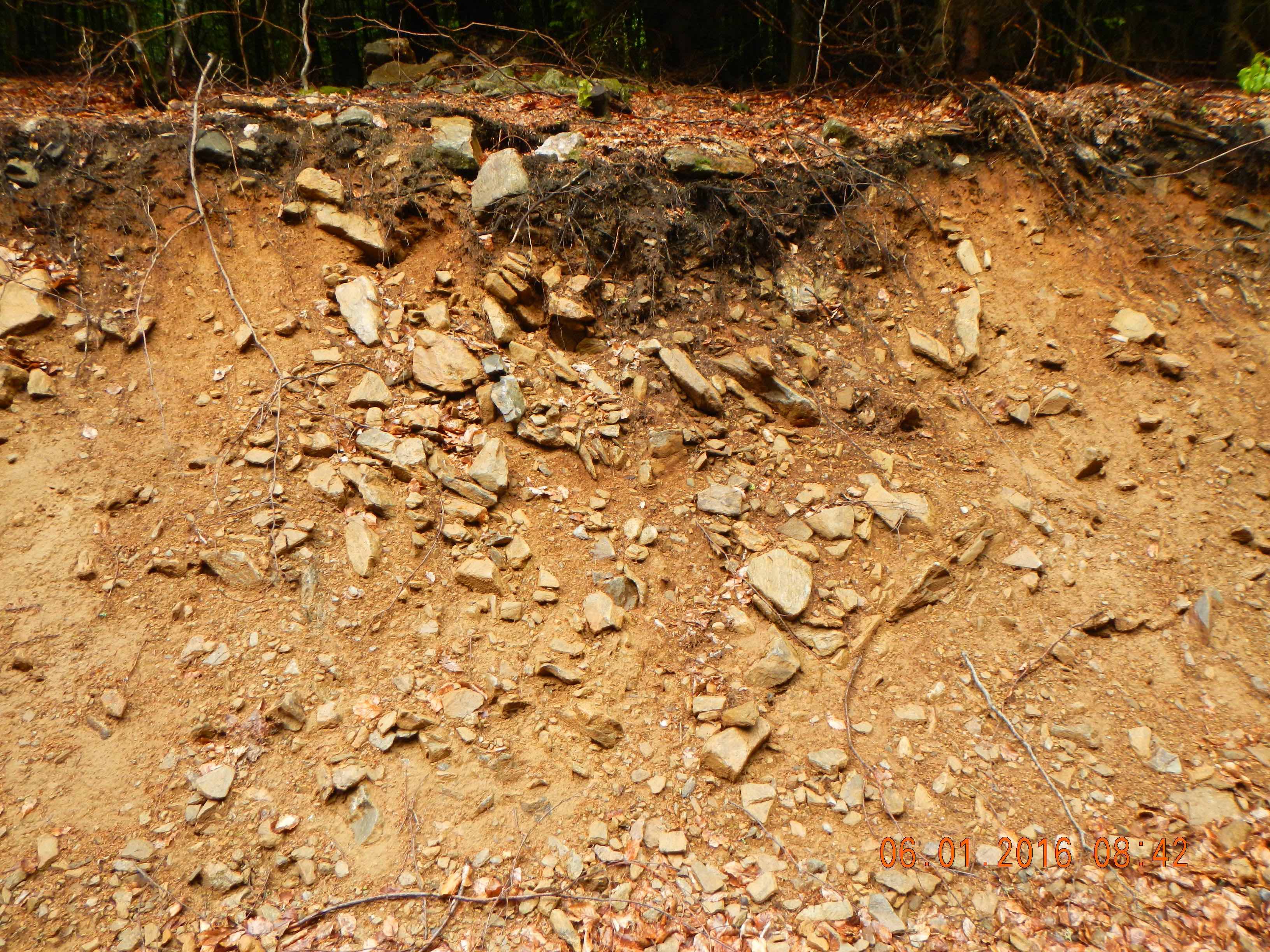 The assumption that mobility decreases with depth, or of a movable:fixed threshold also overlooks a great deal of empirical evidence and conceptual models involving lateral material movement on the subsurface. Soil piping, pipe/macropore/conduit erosion, and lateral translocation are all examples (see, e.g., Sommer et al., 2000; 2001; Uchida et al., 2001; Fox and Wilson, 2010; Jones, 2010). The importance of such processes is explicitly recognized in 3-layer models of regolith, hillslope, and landscape evolution, which recognize not only the potentially erodible surface at the top and the bedrock weathering front at the bottom of the regolith, but also an intermediate surface where contrasts (in e.g., permeability, bulk density, biological effects) associated with regolith layering direct fluxes laterally. Don Johnson's dynamic denudation model is not only a good example, but his papers review other concepts along these lines, too (Johnson, 1993; Johnson et al., 2005).

Sometimes the rooting depth of plants (especially trees) or the biologically active layer or biomantle is equated with the mobile layer. I wonder if this association, where it occurs, is inevitable. In most environments exposed bedrock (and other subsoil material) is quickly colonized and modified by plants, animals (especially insects), and microbes. They play a key role in weathering and in accumulation of both organic and inorganic material. Biota also play important direct and indirect roles in mass fluxes. Thus, to the extent biomantles and mobile surface layers are coincident, it is more likely to be because biota created the layers than to be a matter of organisms colonizing the mobile layer. 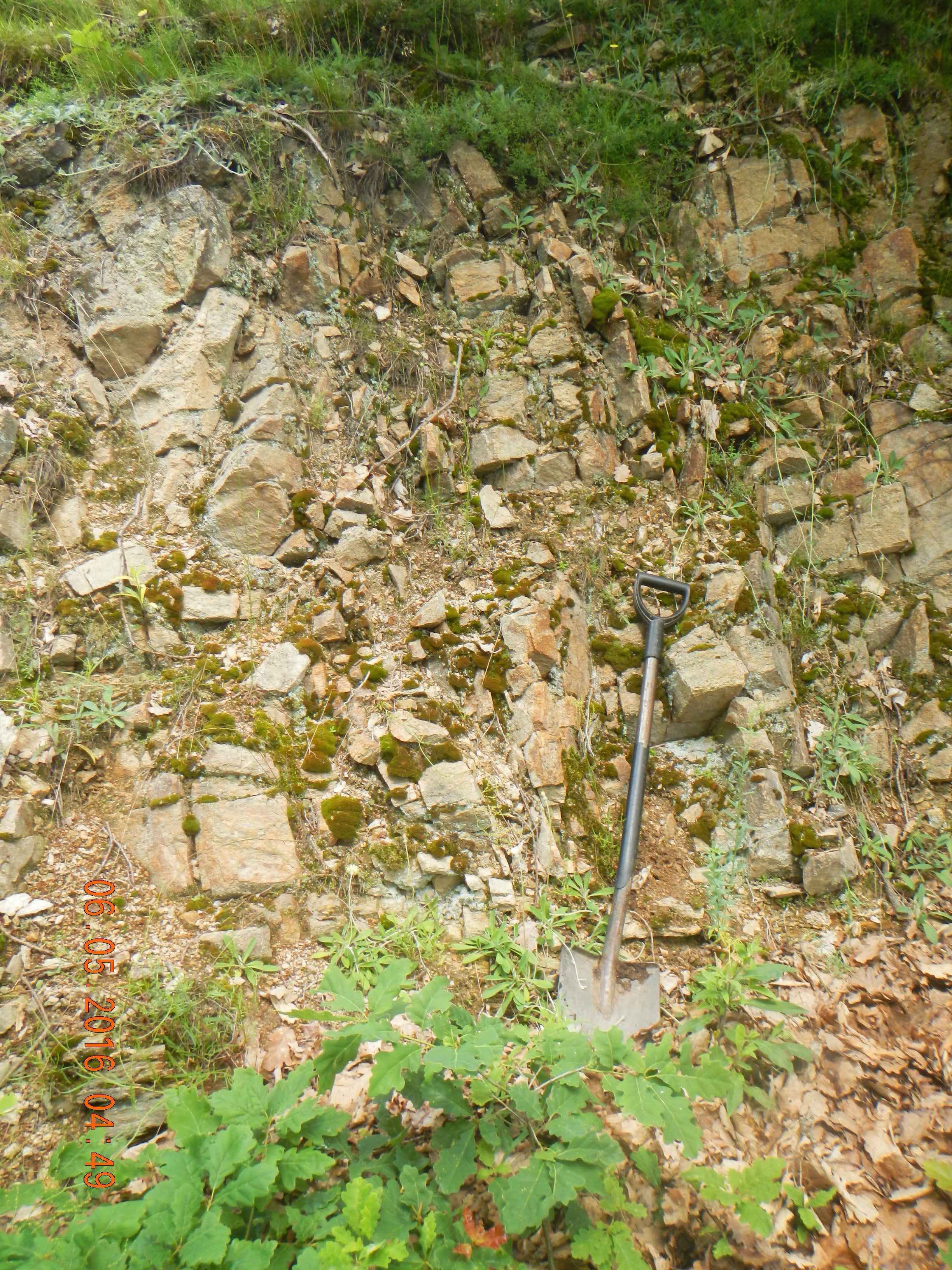 Being of the opinion that the entire weathered mantle is potentially movable under all circumstances except perhaps thick sedimentary layers on low-relief terrain, in my own work I distinguish between the entire weathered thickness (basically the same as H above) and the portion of H that has been converted to soil S (that is, has acquired pedogenic properties not inherited from the parent material).  I argued that for a non-eroding landscape in steady-state, H/S approaches 1, or H ≈ S. Thus a significant layer of weathered material that has not been converted to soil (e.g., saprolite, saprolith, Cr horizons, loose rock) indicates non-steady state (which is very common)--but not necessarily immobility of the lower layer. My arguments in this regard are here.

Uchida, T., et al. 2001. Effects of pipeflow on hydrological process and its relation to landslide: a review of pipeflow studies in forested headwater catchments. Hydrol. Proc. 15: 2151-2174.