Biogeomorphology considers the impacts of organisms on surface processes and landforms (e.g., biological weathering, effects of burrowing animals), and vice-versa (e.g., the role of landforms as habitat, effects of erosion on biota). We are particularly concerned these days, however, with reciprocal interactions, such as sediment trapping by vegetation, and the feedback effects of this deposition on plants and their habitat. We are also learning a lot about biogeomorphic ecosystem engineering (BEE), whereby biota modify the abiotic environment in ways that influence habitat or resources (positively or negatively) for themselves or other species, and biogeomorphic niche construction, where BEE effects influence selection pressures and biological evolution.

Somewhat neglected--not totally ignored, but far less studied by geoscientists--is the role of geomorphology and geophysical processes in shaping the evolution of organisms. I was reminded of this during a recent conversation at a meeting with Sean Bennett, a fluvial geomorphologist who specializes in the dynamics and process mechanics of stream flow and sediment transport. Sean has been working more with aquatic organisms, and was remarking on how many are "perfectly engineered" for the fluvial environment--the adaptations of fish, for instance, to detect and to remain stable or move in complex, dynamic flow fields; or of mussels to both the substrate and shear stresses of stream beds. Other examples jump quickly to mind--birds and flying insects adapted to complex fluid dynamics of air flow, plants and microbes poised to colonize particular rock types exposed by erosion, and so on. 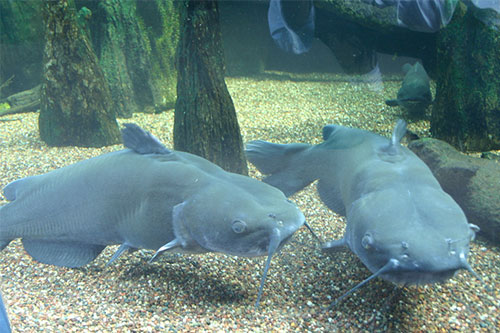 Sean also brought up the potential relevance of these ideas for stream restoration. There is such a thing as evolutionary engineering, which seeks to mimic natural selection processes for engineering practice. Thus far it seems mainly applied in biochemical engineering (e.g., development of new polymers) where biological selection is pretty obviously directly applicable.

The answers are almost certainly yes, and there may be examples that could be construed as biogeomorphic evolutionary engineering. But some more explict proof-of-concept is currently missing (as far as I know).

More interesting in the grand scheme of things, at least from the scientific perspective, is the selection pressure of abiotic geomorphic processes. It seems pretty clear, for example, that the evolutionary appearance of woody vegetation had profound influences on the subsequent forms of fluvial systems. But the development of fluvial systems even earlier must have spurred the evolution of, e.g., fish and insects and benthic organisms adapted to flowing water and mobile substrates.