The biogeomorphic impacts of organisms may differ at different stages in the development of landforms, ecosystems, or the individual organisms. I was thinking about this recently here along the shoreline bluffs of the Neuse River estuary, North Carolina, where I have been both looking at some soil profiles and enjoying the coastline.

There are at least five distinctly different biogeomorphic roles trees play along this shoreline--many more if you wanted to get more specific within these categories. The specifics are probably of only limited applicability elsewhere, but the general principle--multiple effects, which vary at different stages of both landform and vegetation development--is widely valid. 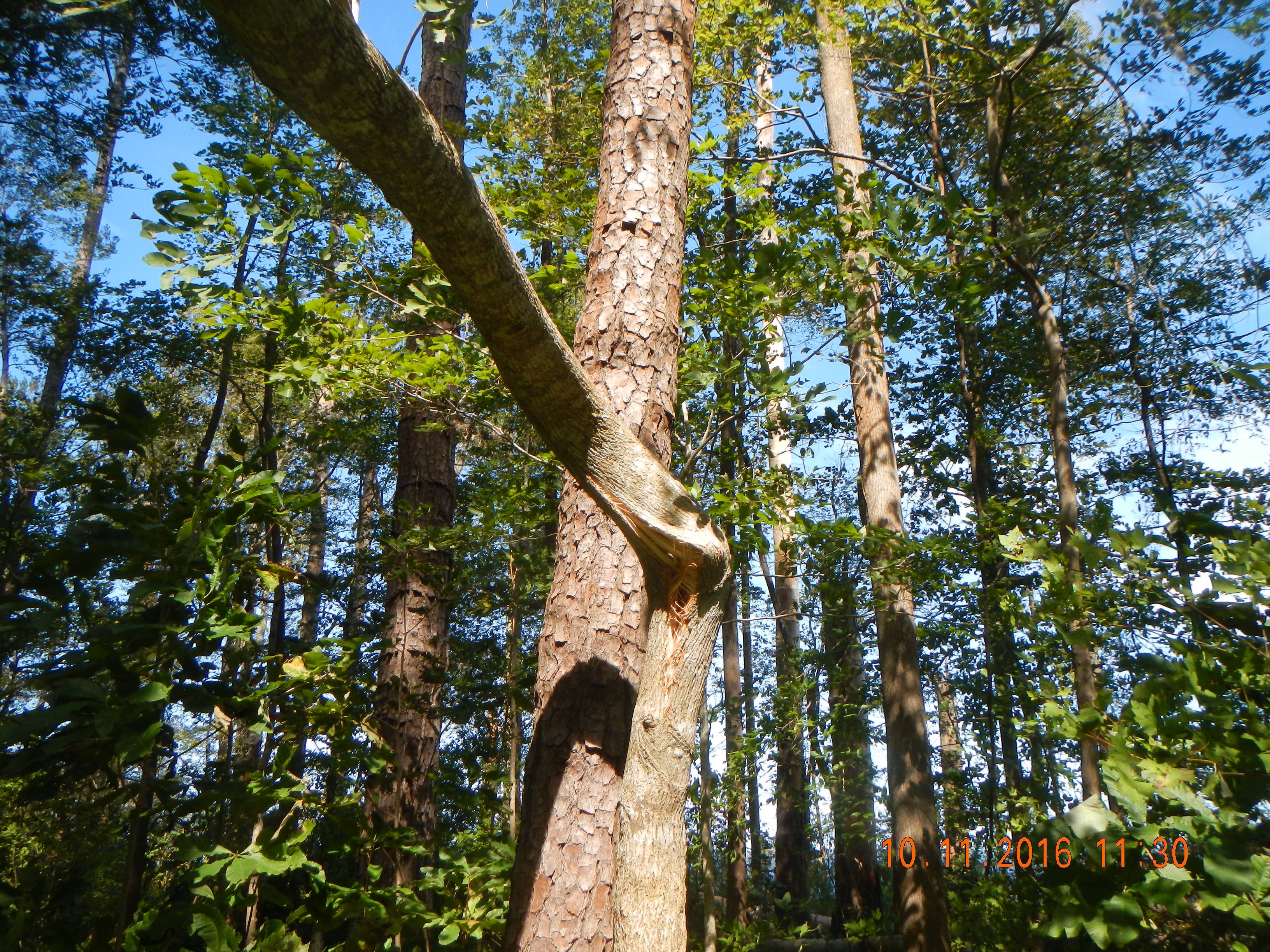 Trees and other vegetation grow thick and fast in this moist subtropical climate.

Trees (including canopy, roots, and litter) protect the ground surface from erosion and add organic matter to soil. 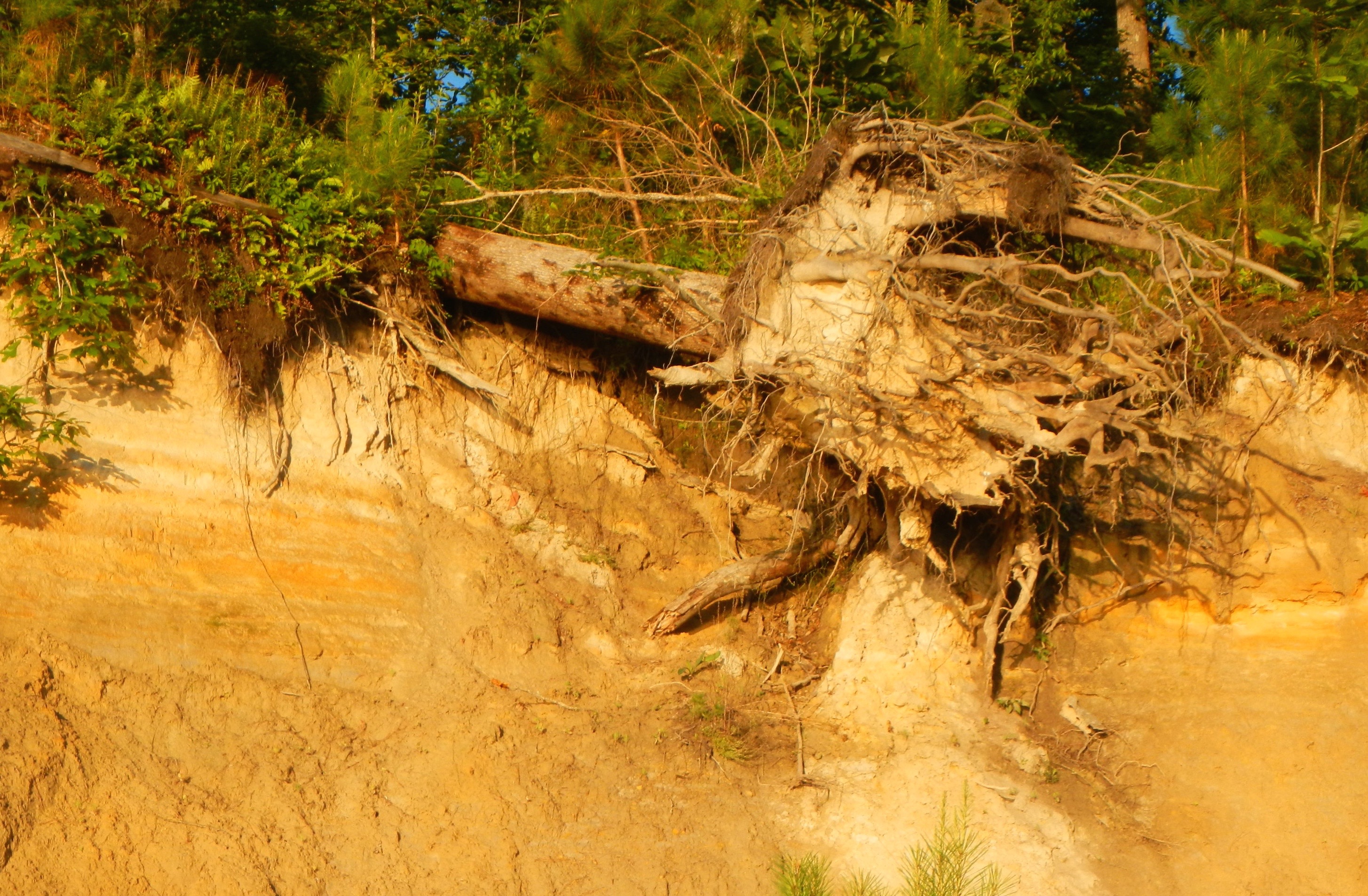 This spot where a tree was recently removed shows the local deepening of the soil (compare to sedimentary layering preserved adjacent) associated with a mature tree.

1B Regolith and Soil Formation 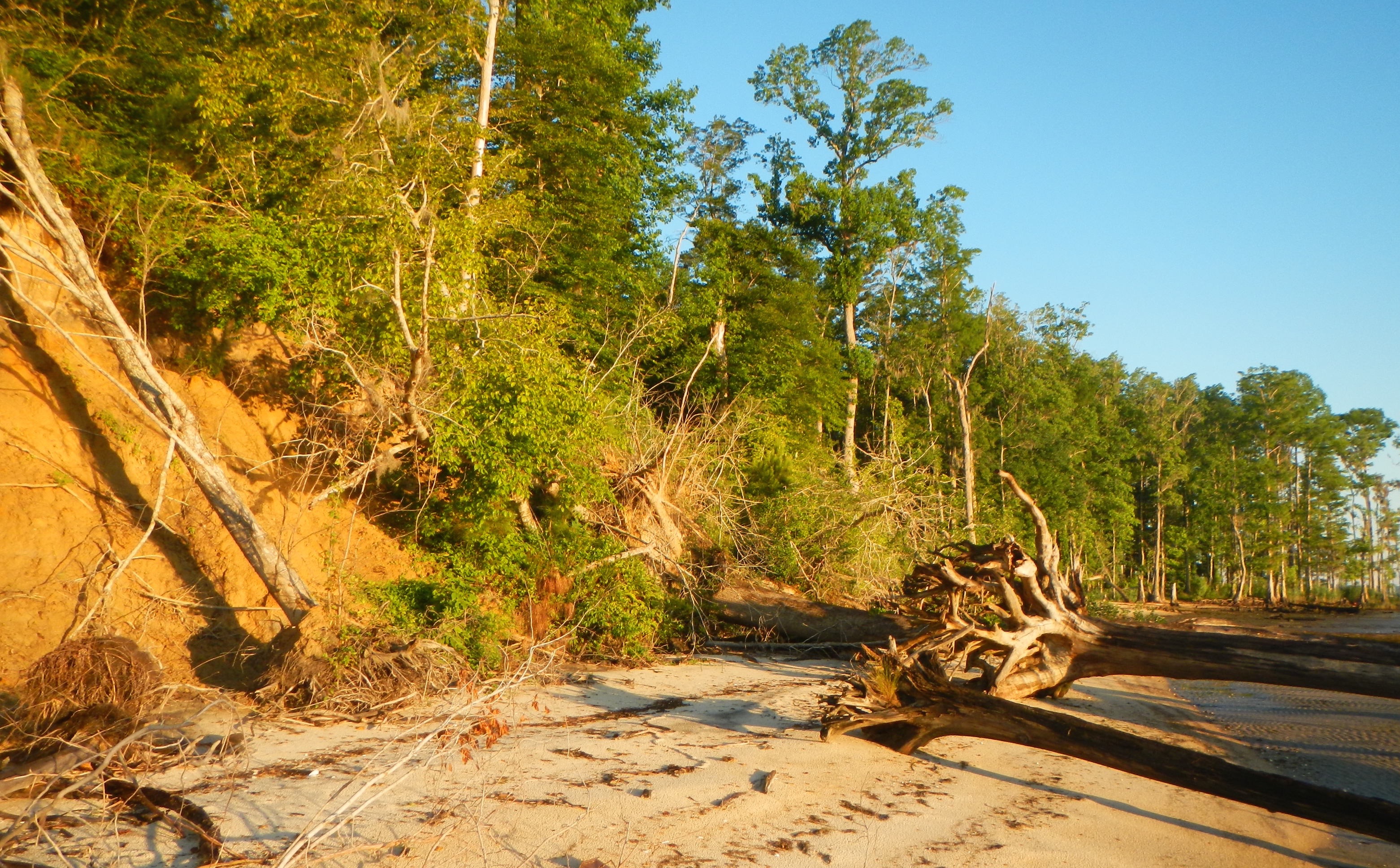 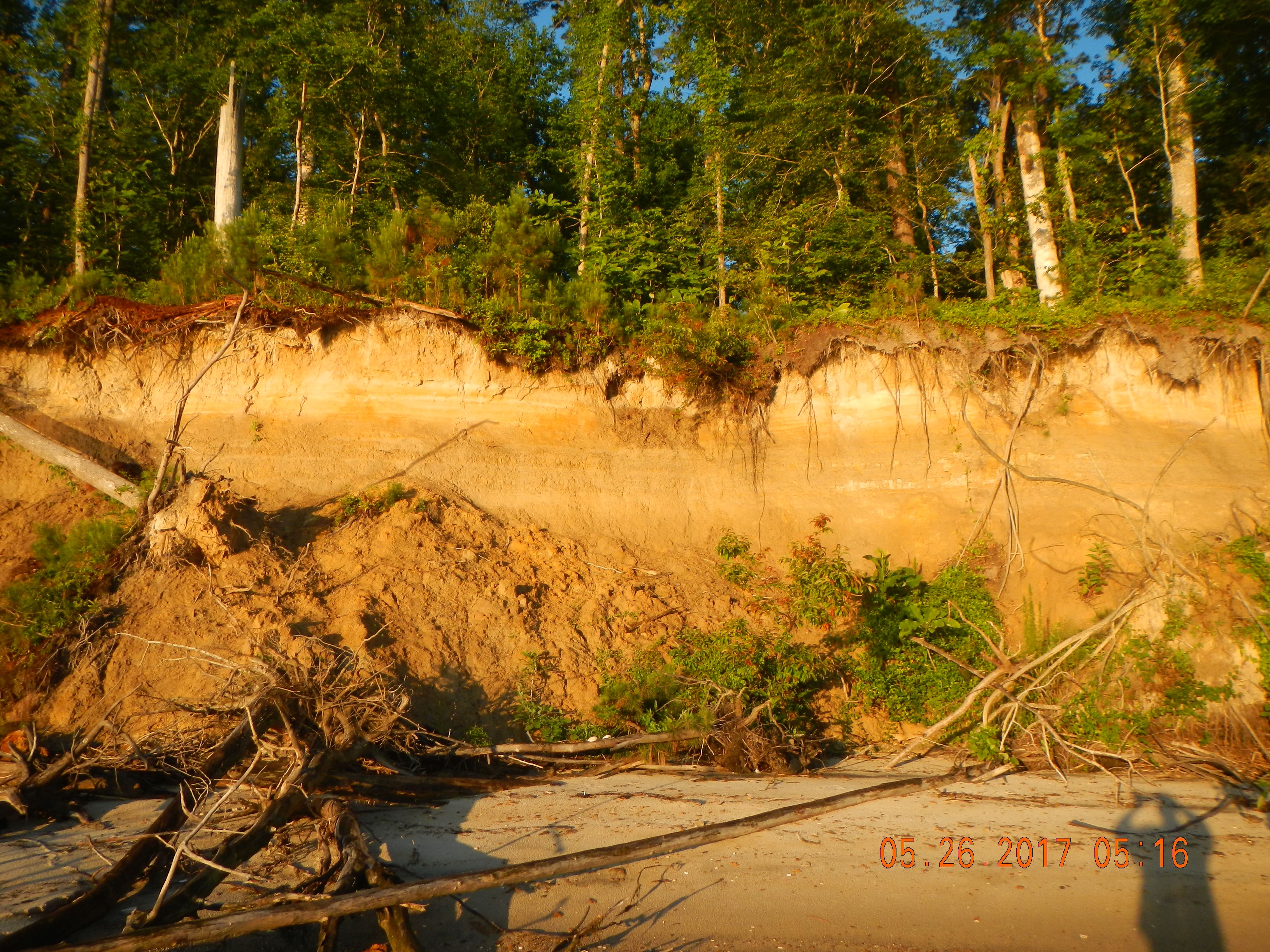 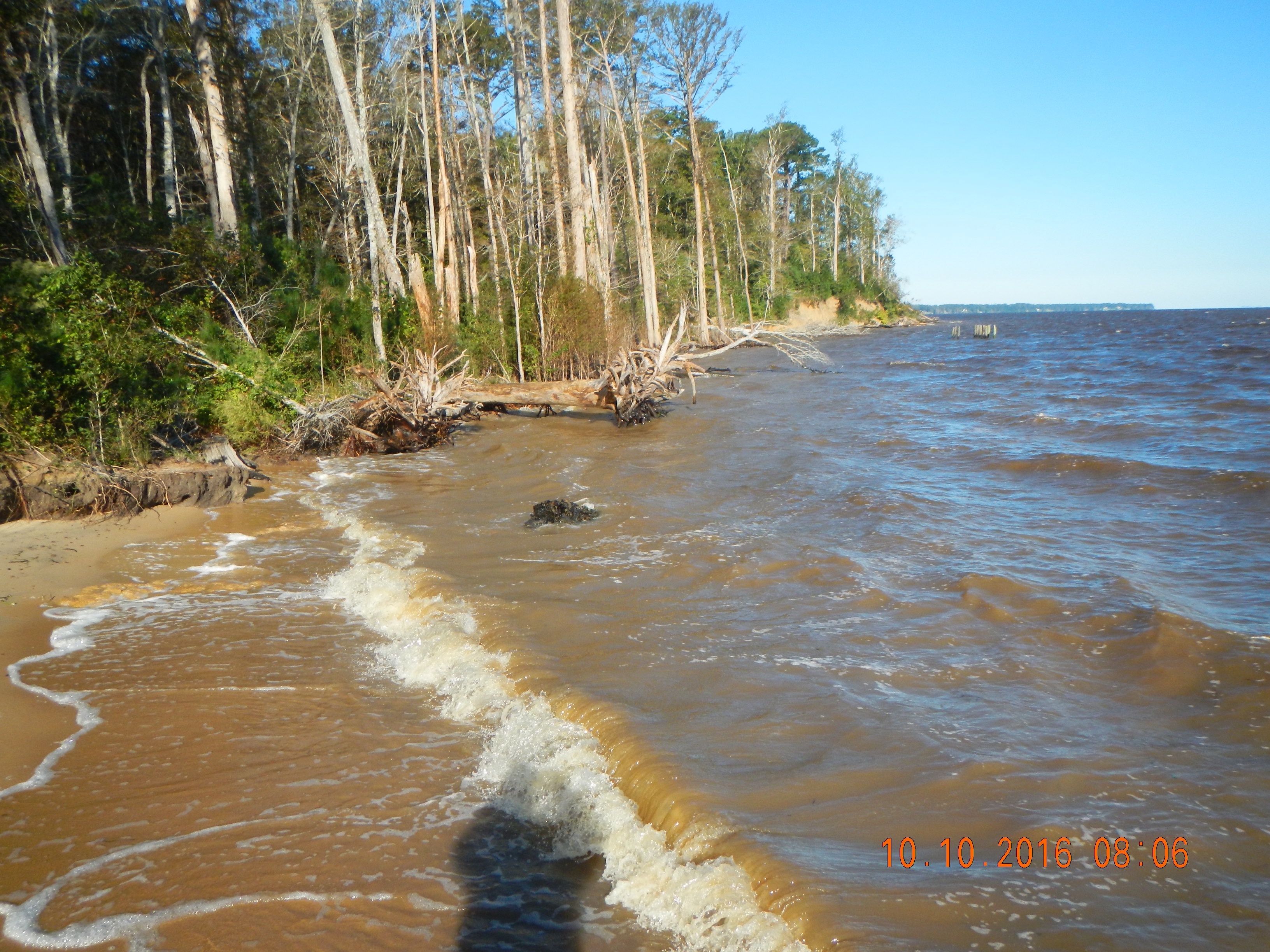 Waves during high water must remove toeslope debris before undercutting the bluffs.

Toppled trees and large woody debris protect bluffs, absorb wave energy, and trap sediment from both bluff and beach sources. This toeslope sediment and debris must be removed during storms to reinitiate shoreline retreat. 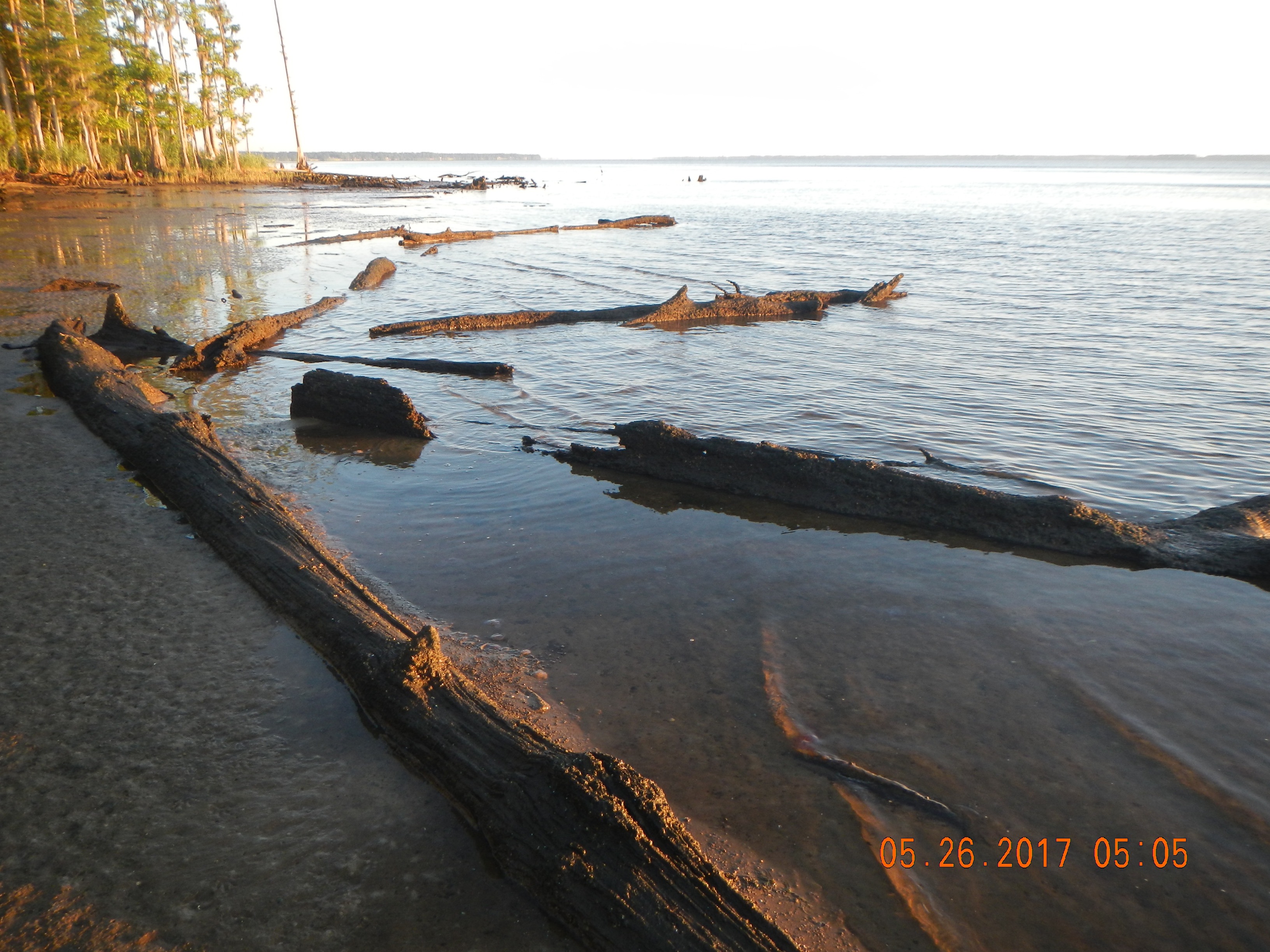 Long term observation of these shorelines shows that tree trunks and woody debris are both added and removed by wave and current processes, as well as added by erosion of adjacent bluffs.

Dead trees and woody debris transported and redeposited along shore or at river bottom. Wood may have local effects in deposition or scour, as well as surface roughness.