The editor of Soil Science, Daniel Gimenez, known for his work on complex nonlinear dynamics and fractals in soils, recently suggested that I write a review paper for the journal updating my ideas on complexity in pedology and pedogenesis. It was an interesting challenge that had not otherwise occurred to me, and I'm glad I did it. The result was recently published as:

The abstract is below:

This paper reviews recent developments in studies of soil complexity, focusing on variability of soil types within soil landscapes. Changes in soil complexity are directly related to divergent and convergent pedogenesis, and in to dynamical stability and chaos. Accordingly, strong links exist between nonlinear dynamical systems theory and studies of soil complexity. Traditional conceptual models of soil formation emphasized convergence of the soil cover in the form of progress toward mature, climax soils. A view of divergence as a frequent occurrence rather than an occasional exception is more recent. Measurement of soil complexity is now firmly linked to field pedology. In addition to strong methodological links to pedometrics and soil geography, standard tools for assessing complexity include chronosequences and other historical approaches, relationships between soil properties and soil forming factors, and pedological indicators. Eight general pathways to changes in soil complexity are identified. Three are based on changes in soil forming factors. These may increase or decrease complexity depending on whether the factors themselves are converging or diverging, and the relative magnitudes of soil and state factor divergence. Three pathways are associated with local disturbances. If these occur less frequently than the relaxation time for soil responses, and if internal pedological dynamics are dynamically stable, then disturbance-induced complexity is reduced over time. Otherwise, divergence and increasing complexity occurs. Two additional pathways are directly related to dynamical stability of intrinsic pedological processes, which may result in decreasing or increasing complexity, either in concert with or independently of environmental controls or disturbances. 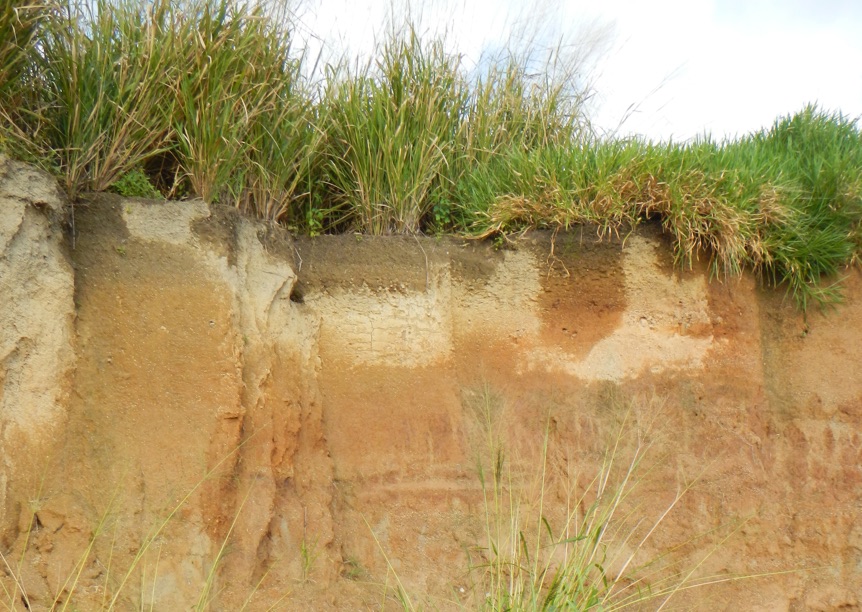 Figure 2 (from the paper). Soils formed on Holocene alluvial terrraces in tropical north Queensland, Australia. Divergent pedogenesis associated with preferential flow, differential soil wetting, and accumulation of organic matter and iron oxides is evident. However, it is not known whether these early divergent trends persist or grow over time. The cause-effect or mutual adjustment mechanisms underlying the visually suggested relationships between vegetation tufts and soil properties are also not known.