HOW I STOPPED WORRYING AND LEARNED TO LOVE CONTINGENCY IV: INFINITE CONSTRAINTS

This four-play is a metaphor for the deterministic, Laplacian, non-contingent ideal of science, where the right tools and sufficient information always give the same, correct result under any circumstances.

But a better metaphor for the actual practice of geosciences and other historical, field-based sciences, is that you find, or observe (evidence of) a four. Mathematically, of course, there are an infinite number of numerical operations that could produce a four. Even if you know that the four arose from, say, subtraction or exponentiation, the possibilities are still infinite.

Sometimes we can discover clues or information that allow us to construct something like an algebraic expression and make the problem more deterministic. More often, however, we are faced with constraining, somehow, the infinite possibilities.

For a simple but realistic example, think of stream discharge (Q), which (using the Chezy Equation) is given by

where w and d are width and mean depth, C is the Chezy coefficient (which combines some physical constants with a roughness or friction factor), R is hydraulic radius (cross-sectional area divided by wetted perimeter), and S is the energy grade slope.

You have an observation of Q, and you want to know the properties of the flow that produced it (these kinds of problems come up in paleohydrologic reconstruction as well as in studies of flow hydraulics). Even if you assume, as is often the case, with some validity, that R ≈ d, you have five variables to consider. In terms of the arithmetic, there are an infinite combination of values of w, d, C, and S that could produce a given Q. But you can constrain the infinite possibilities; you have to if you hope to make a decent stab at the problem. 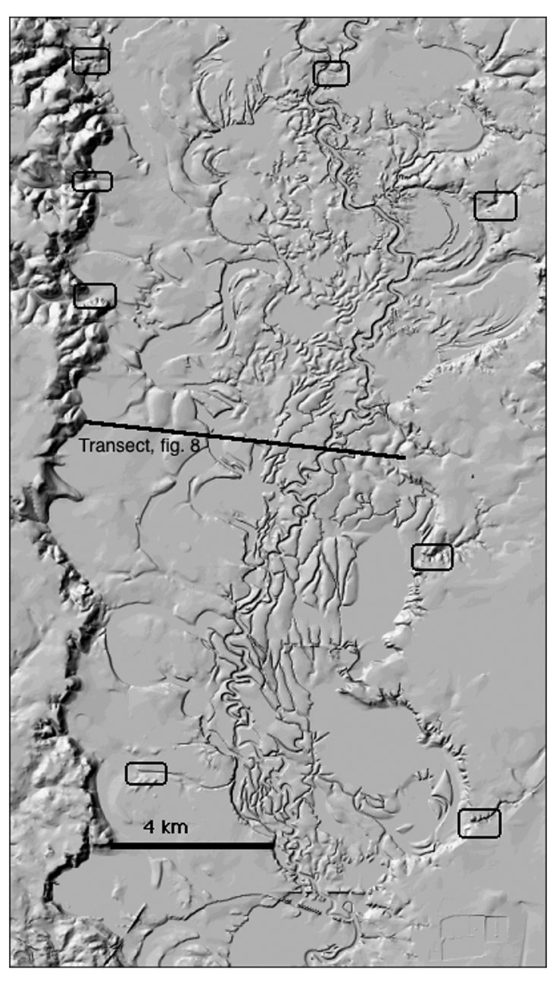 Presumably you have some idea of the dimensions of the channel. Based on the banktop width you can (assuming the flow was not an overbank flood) eliminate values of w higher than this, and perhaps also identify implausibly low widths. Similarly, you may be able to constrain plausible depths based on local base levels, the topographic setting, and geotechnical constraints on bank heights in a given material. S is not exactly the same as channel bed slope, but is pretty close in some cases, and you can often identify a range of possible energy grade slope values.

Of course even if you know, for instance, that width had to be somewhere between 5 and 15 m, and depth <5 m, there are still an infinite number of values between 5 and 15 or 0 and 5. Commonsensical considerations can make this finite, for example by limiting the values to 1, 2, or 3 decimal places (who measures in the field to the nearest millimeter, anyway?).  But you still often have multiple, sometimes many, possibilities.

Mathematicians and philosophers have long pondered, and continue to debate, whether infinity is a concept with real physical meaning, or simply a useful mathematical abstraction. Whether or not there are truly unlimited numbers of possible stream channel geometries, vegetation compositions, or whatever, there are clearly in our business some cases where the number of possibilities are essentially infinite, in the sense of having no known upper or lower limit, or far more possibilities than we can deal with--or that could occur. Imagine some type of bifurcating system of 60 iterations. As the number of seconds elapsed since the Big Bang is about 2^59, they'd have to occur at a frequency of >1/sec, starting at the beginning, to realize all the possibilities.

In terms of arithmetic, ∞ = ∞. But not all infinities are equal. For example there are an infinite number of odd integers, the set of odd and even integers is also infinite, and so is the set of all real numbers. All those are equal to ∞, but each set mentioned is successively larger. 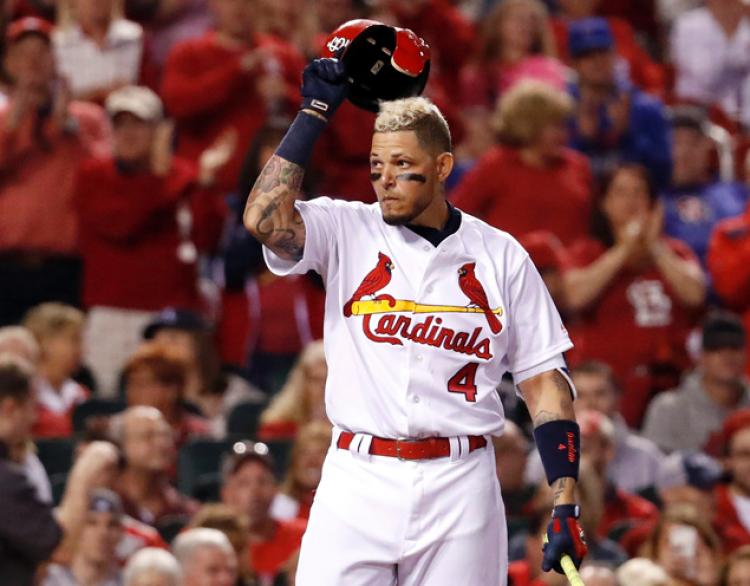 Yadier Molina, an example of the only type of Cardinal that I understand.

The cardinality of set is the number of elements in that set, so even though ∞ = ∞, the cardinality of the infinite sets mentioned above differs. There exists a set of rules for an algebra of cardinal numbers, or combinations of cardinalities and finite numbers. I messed with this some in homes it would help me come to terms with some of the ESS evolution contingencies that vex me. But I did not find it helpful, perhaps because I do not understand it very well.