THE GEOMORPHOLOGICAL NICHE OF TREES

In a 2009 article I introduced the concept of a geomorphological niche, defined as the resources available to drive or support a particular geomorphic process (the concept has not caught on). The niche is defined in terms of a landscape evolution space (LES), given by

where H is height above a base level, rho is the density of the geological parent material, g is the gravity constant, and A is surface area. The k’s are factors representing the inputs of solar energy and precipitation, and Pgrepresents the geomorphically significant proportion of biological productivity (see this for the  background and justification).

The LES and geomorphological niche are dynamic, and in the course of some recent work on biogeomorphic effects of trees on regolith development, I got to thinking about how they might change over the life of a single tree. 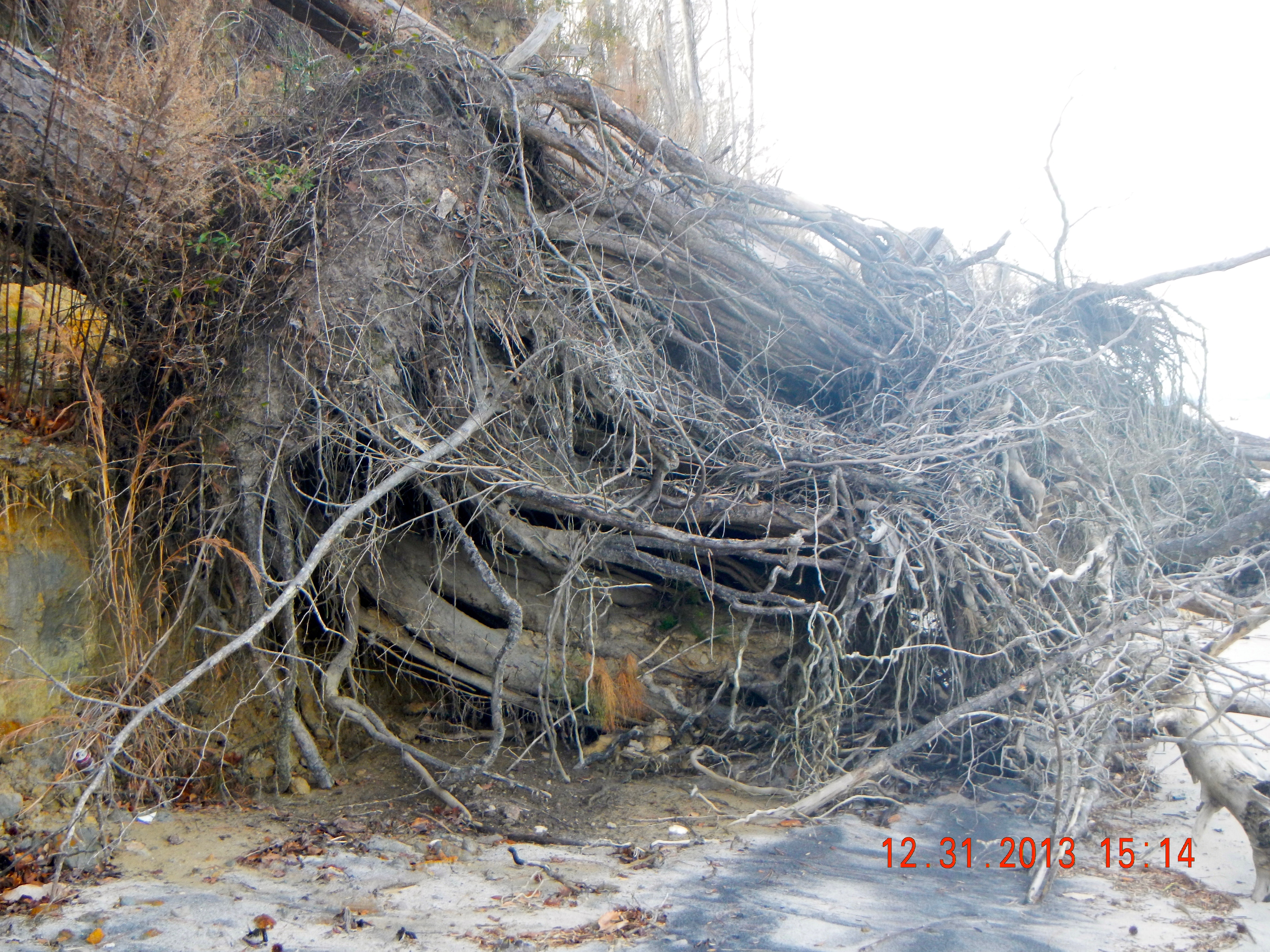 The phenomenon of concern here is acceleration of weathering due to the effects of roots, and bioturbation and disturbance of underlying rock by root growth. Where regolith thickness is less than tree rooting depth, roots often penetrate rock joints, fractures, and bedding planes. There they funnel moisture, produce CO2 through respiration that helps drive dissolution and other chemical weathering processes, and host bacteria and fungi that are involved in weathering. Further roots and associated organic matter acidify soil water, increasing its weathering potential, and thickening of roots as they grow keeps these processes in contact with fresh rock. 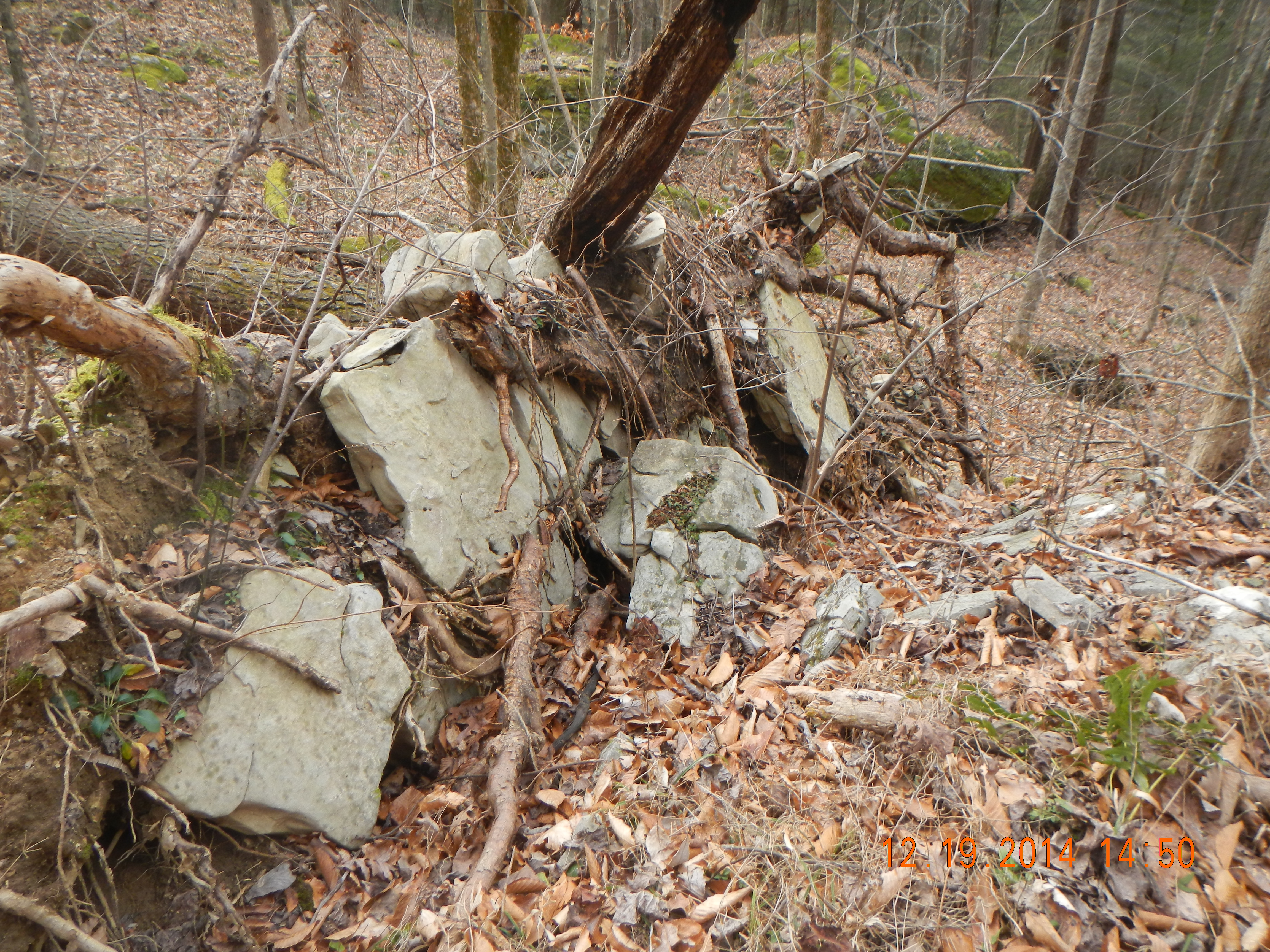 The base level in this case could be considered as the bedrock weathering front, and the surface area that associated with the root-occupied area of the tree. I assume that Pgis proportional to net primary productivity. Over the life of a tree (centuries at most), the climate parameters (k) are constant. Mean density generally decreases as regolith develops, as fresh rock generally has a density of 2600 kg m-3, soil of 1000 to 1700 kg m-3, and weathered rock in between.

The easiest and most common thing to measure as trees grow is their diameter. Luckily, both the surface area and depth of roots vary systematically with diameter—area generally increases as the square of dbh (diameter at breast height). Trees generally get larger as they get older, of course, but the rate of growth almost always slows down over time. Net primary productivity (NPP) tends to increase rapidly as a forest stand becomes established, reaches a maximum in young stands, and then declines with age.  While this has been studied mostly with respect to forest stands rather than individual trees, it is reasonable to assume that the decline in growth rates of a tree over time reflects a decline in NPP. 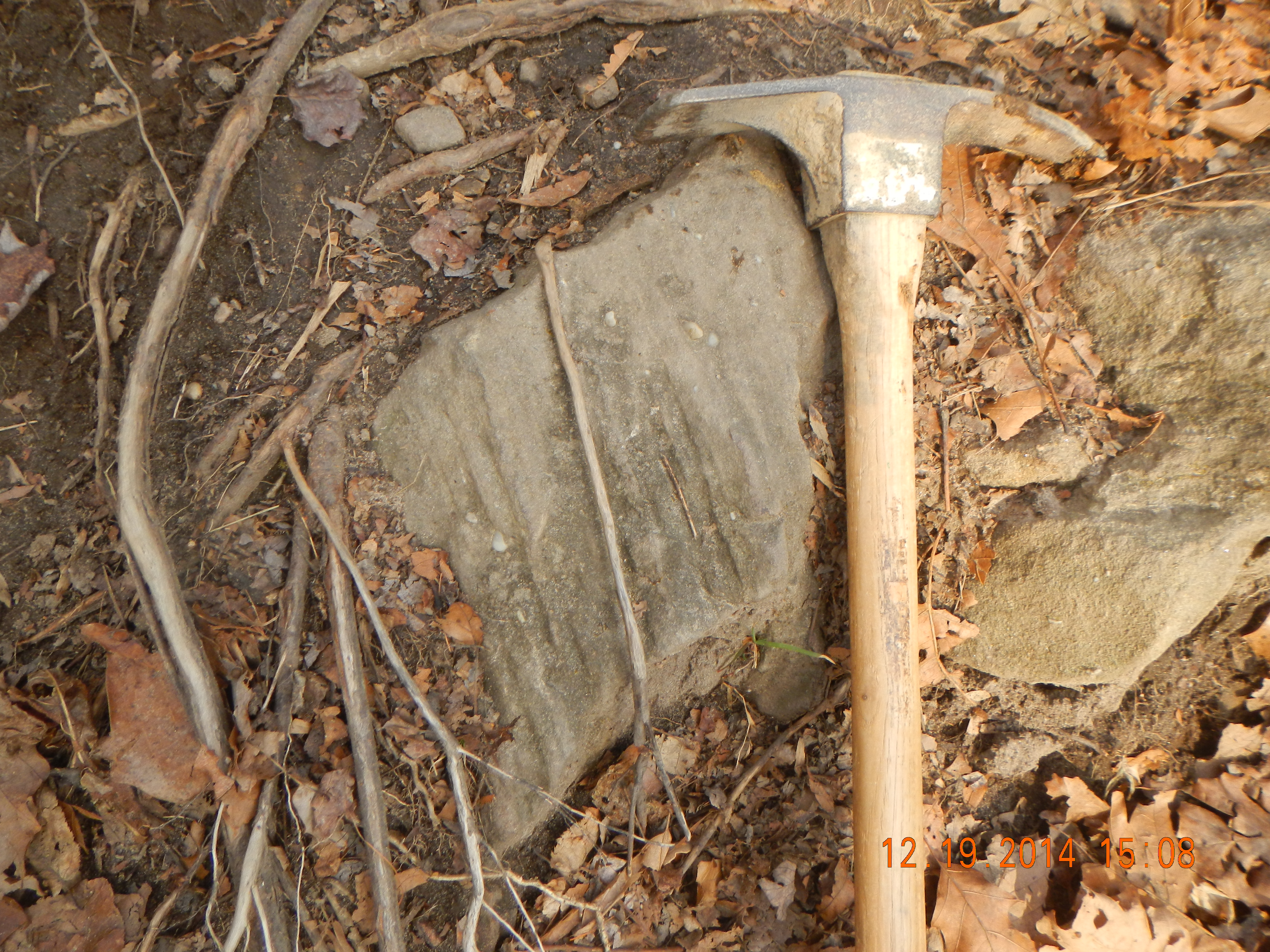 So, back to the LES equation and the geomorphological niche: As a tree grows:

H may increase due to tree effects in thickening or deepening the regolith. In any case, unless there is surface removal by erosion, it does not decrease.

Rho (density) may decrease over time due to mass lost in solution.

A increases steadily, but at a decelerating rate as the tree matures.

Pgincreases at first, and then declines over time.

My guess is that the net result is an expanding geomorphological niche over the life of a tree, though that will depend on the relative rates of change of the increasing and decreasing factors.

The conceptual model does not account for the mechanical energy associated with uprooting, which becomes more likely and has a greater impact (other things being equal, which of course they never are) as trees become older and larger.