This post is a continuation of a thread that starts here.

The algorithmic evolution models pioneered by Gregory Chaitin (see Proving Darwin,2012 for a very readable introduction) are based on a metaphor of an organism as a K-bit program that takes the original organism A and produces a mutated organism A'. The fitness of the organism/algorithm is measured by the largest integer the algorithm can calculate. Thus a mutation that increases the largest calculable number is retained, while others are rejected. This continues until BB(N), defined as the largest integer that can be produced by a <N-bit program that produces a single integer and then halts.

This is a plausible analog for biological evolution, in which continuous improvement in fitness is possible, up to some maximum limit. In nature the maximum limits are presumably associated with maximum rates of biological processes rather than algorithmic complexity and information (i.e., BB(N), which has the awesome name of the Busy Beaver Number).

Busy beavers--a myth perhaps, but a useful metaphor (The Far Side, by Gary Larson).

But can we make analogous arguments or models for, say, hillslopes or channel networks or ecosystems? What is an appropriate measure of fitness (in a real or metaphorical sense) in Earth surface systems (ESS)? A number of hypotheses have been proposed for optimal structures and configurations of, e.g., ecosystems, channel networks, topography, etc. These are reviewed here, where I also argue that most, if not all of these principles can be reduced to (or subsumed under) the idea of efficiency selection--more efficient forms are more likely to persist and grow or occur repeatedly than less efficient ones.  I have also discussed why maximum efficiency forms are not observed in nature quite as often as you'd think (Part 1, 2,3).

One argument that might be made against ever-increasing fitness or efficiency in ESS is that these were achieved early on--that is, the very earliest flow networks, for instance, were capable of developing optimal forms, even if not all did. No evidence exists of increasing variety over time as with biota--right? Well, not quite. Evidence from paleohydrology and the rock record, for instance, indicates that (except perhaps in a few situations with fine-grained cohesive soils), all rivers were braided until vascular plants and woody vegetation came on the scene. Then meandering and anastamosing forms--new ways of achieving maximum efficiency--developed. These studies are backed up by both numerical modeling and laboratory experiments, by the way. Thus creativity and innovation in biological evolution was accompanied by creativity and innovation in fluvial systems. 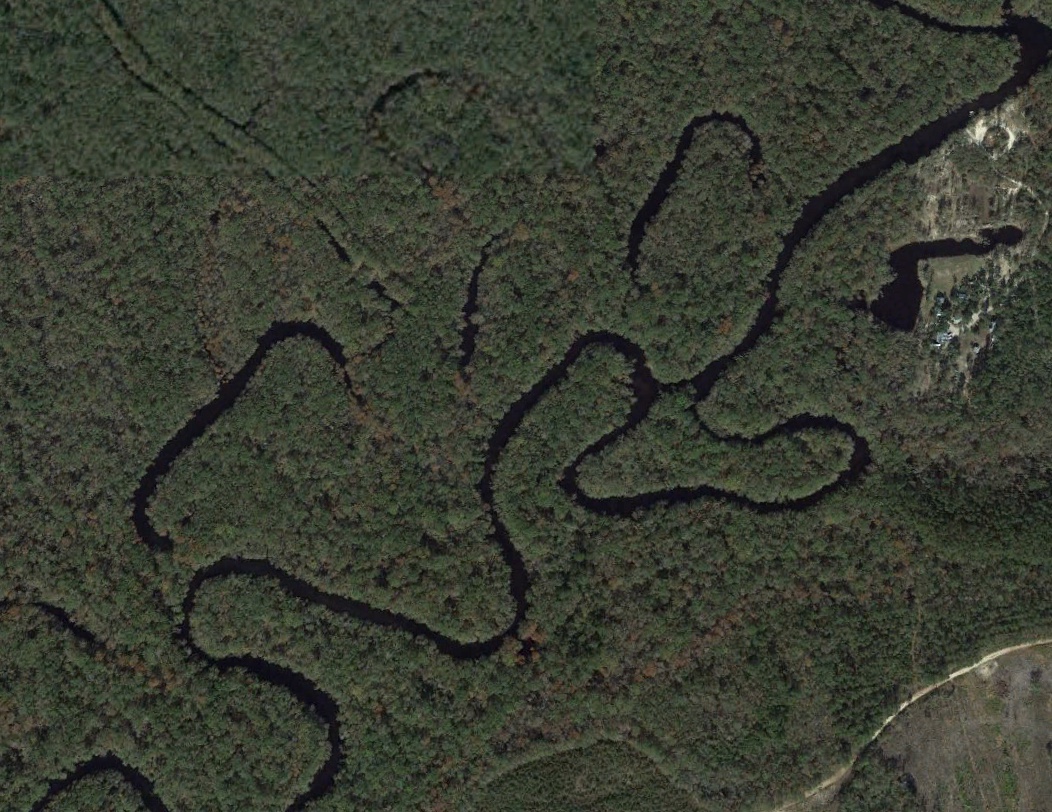 Meandering rivers (this Google Earth example is the Waccamaw River, South Carolina) did not come on the scene until vascular plants evolved, increasing bank stability.

Another key point is that in many cases optimal or maximum efficiency states in ESS are non-singular--that is, there is more than one way to achieve a given state. For example, we've known for nearly 30 yearsthat maximum efficiency configurations in stream channels can be achieved with an essentially infinite combination of quantitative values of width, depth, velocity, slope, and roughness, and even with multiple possible qualitative combinations of increases, decreases, or no change in the key hydraulic variables. Similarly, "optimal" forms of food webs or flow networks may be statistically similar or identical, but the specifics are highly variable.

If we think of ESS as individuals rather than categories--i.e., the Little Pee Dee River channel network rather than "alluvial channel networks"--then it is plausible that individual ESS might, through various changes, "creatively" produce ever more efficient variations until maximum efficiency is reached. 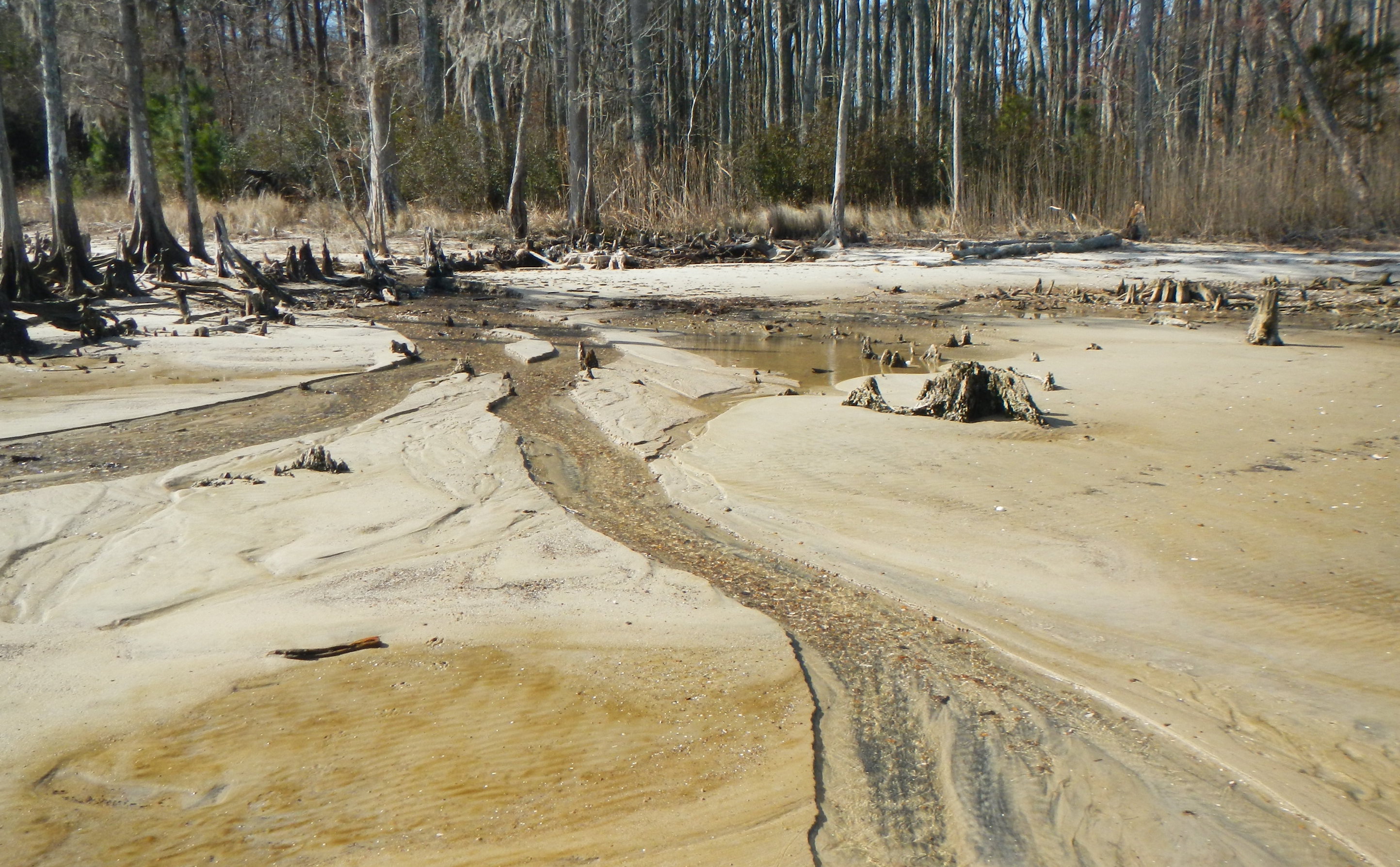 This micro-delta (Moccasin Creek, NC) has multiple degrees of freedom to adjust its configuration.

This in turn suggests that algorithmic evolution models may be applicable to ESS. But there are other key differences among biological, physical, and biophysical systems to consider. More about that in future posts.