Some have argued that in geomorphology and physical geography the term "tipping point" does not describe any concepts or phenomena not long recognized by the fields. The tipping point concept does not (it is argued) have any conceptual or analytical value added. I agree. Here is a previous post on tipping point metaphors. 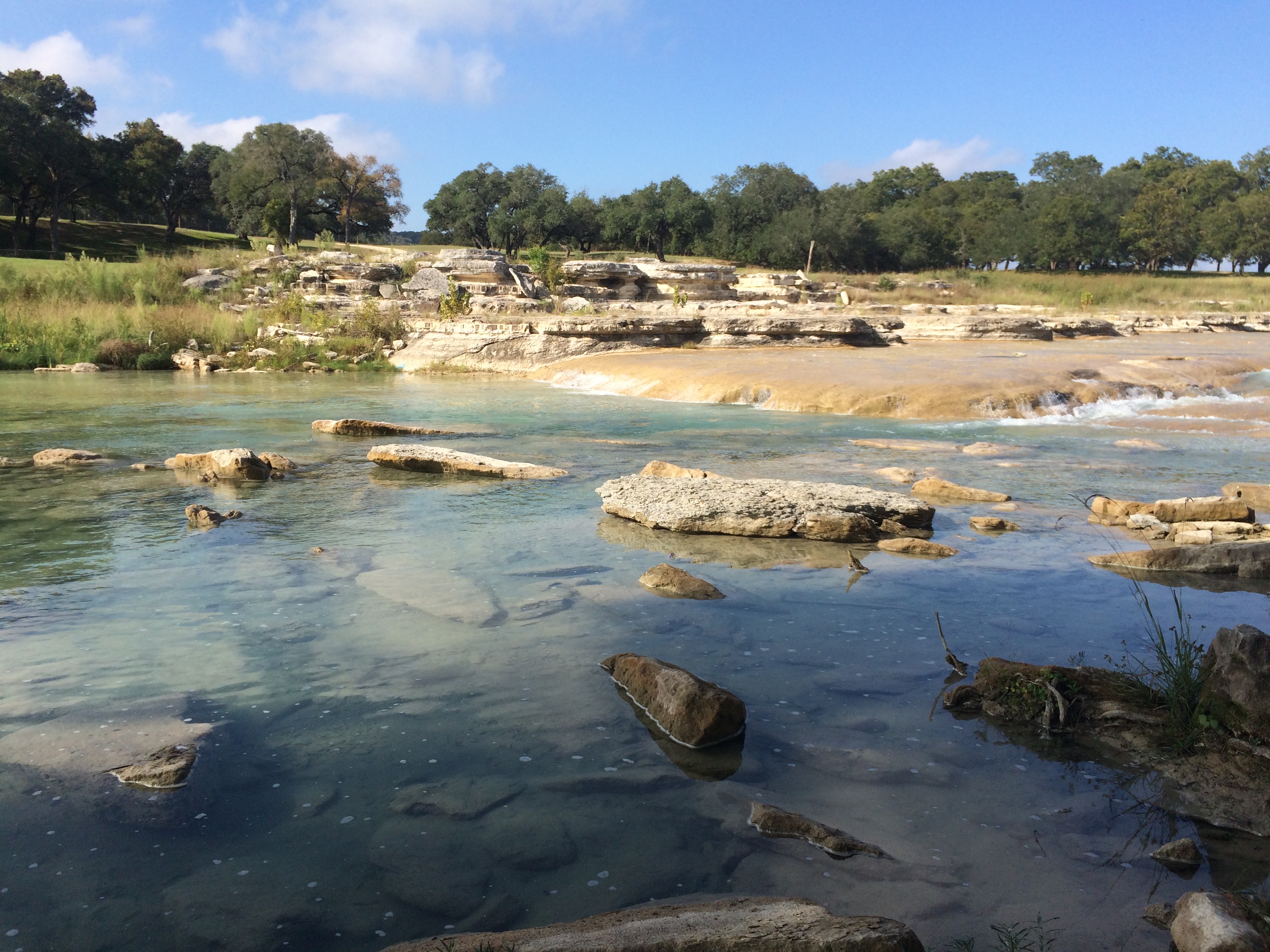 Notwithstanding that, tipping point terminology is au courantin both public discourse and science, particularly as it relates to global and broad scale environmental change. Thus--perhaps analogously to buzzwords such as "sustainability" and "resilience"-- if you want to be a part of broader scientific conversations, it pays to employ the trendy term.

In 2016 at the European Geoscience Union meeting I was part of an organized session on tipping points. The goal was not to uncritically accept or to ratify the term or the concept, but to explore its potential utility in geomorphology. My paper in that session eventually resulted in the article below, just published. The motivation was that if we hope to recognize and respond to future tipping points (or whatever we choose to call them) we should make use of what we know about past TPs. I chose Texas rivers because of my own extensive experience working on them, and an extensive mass of work by others. 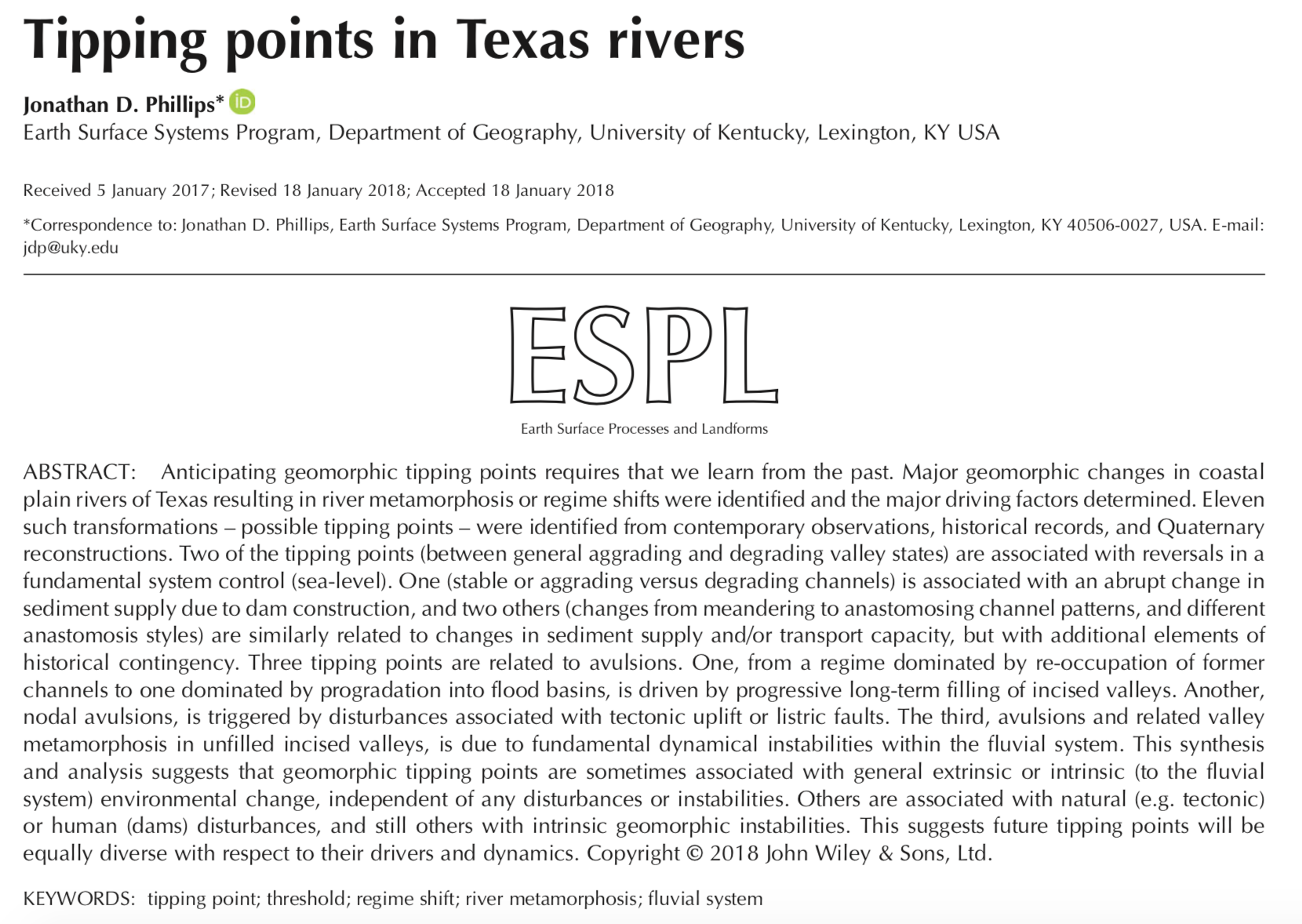 A preprint version is available here, and the final published version here.