In ecological systems, structural redundancy refers to the extent to which more than one species (or taxanomic group) can perform a given function or play a given role in the system. Microbial communities or ecosystems, for instance, tend to have high structural redundancy at the species level, as there usually exists multiple bacteria or other microbes that can, say, break down specific forms of organic matter, reduce iron, precipitate calcium, or what have you. Systems with a single keystone species have low redundancy, at least with respect to whatever the keystone organism does (if something else could perform the same function, then it would not be a keystone). Redundancy tends to be inversely correlated to the degree of biotic specialization, and directly related to ecosystem resilience.

Tasnuba Jerin (Jerin, 2021; Jerin and Phillips, 2020) linked redundancy to biogeomorphic ecosystem engineering via the concept of biogeomorphic keystones and equivalents. Biogeomorphic keystones perform a unique role such that their removal from or addition to a geomorphic system results in a transformation or state change. Equivalents are different taxa that can do the same biogeomorphological job, and indicate redundancy. Many different kinds of grass or tree, for instance, can provide more or less similar functions with regard to erosion resistance or substrate stabilization. However, no other species performs the same biogeomorphic role as the biogeomorphic keystone species Castor canadensis (beaver). The same species may be a keystone in some settings but not others—for instance, in Tasnuba’s work Platanus occidentalis (sycamore) is a keystone in some bedrock streams where it forms unique pools, but generally not otherwise. 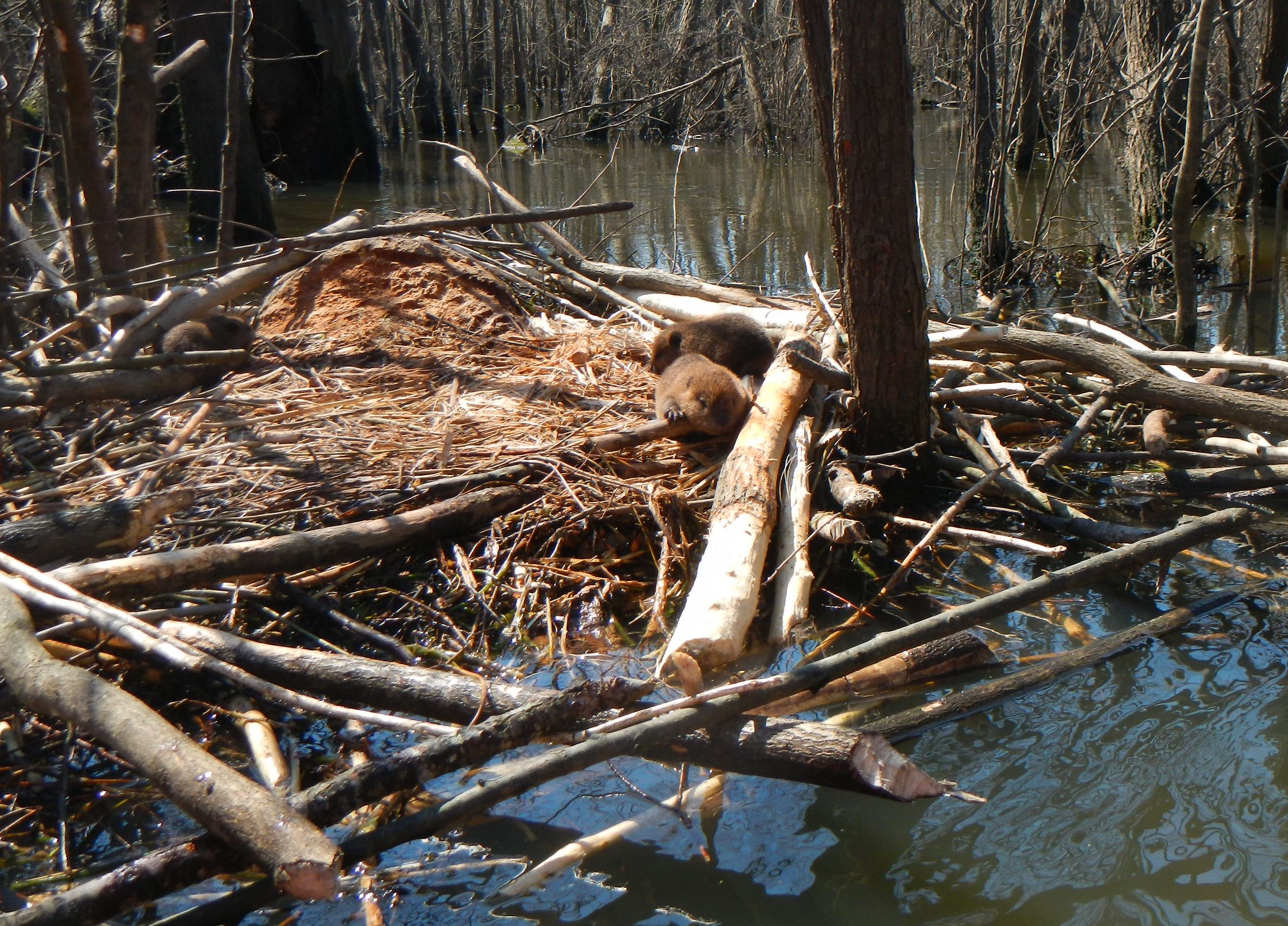 But let’s take a look at structural redundancy in geomorphology more generally. In some cases it is not very fruitful to think about redundancy. For example, aeolian sediment transport is accomplished only by wind, and fluvial erosion only by flowing water, and the disappearance of those processes (or their initiation where once absent) would be part of a larger story that is not enriched by thinking about redundancy. One could, of course, think about, say, sediment transport and identify multiple processes that can accomplish that—mass wasting, flowing water, waves, wind, ice. But while the transitions among sediment transport process dominance and the possible combinations thereof are interesting and important, I can’t see how thinking in terms of structural redundancy helps our cause (but I am prepared to be convinced otherwise!).

A possible exception is weathering processes. Carbonate dissolution in karst, for example, has high biogeomorphic structural redundancy. Hydrocarbonate dissolution requires a CO2 subsidy from soil and ground-dwelling biota. But any respiring plant, microbe, or animal can accomplish that. While the amount and rate of CO2 subsidy matters, it makes no difference which organisms provide it. The same goes for bacteria that process iron (oxidation or reduction), as multiple species can perform that function (biogeomorphic equivalents or functional groups).

Sticking with karst, in central Kentucky an important process is woody root penetration into limestone joints and fractures, where a combination of microbial activity in the rhizosphere, formation of organic acids, funneling of water into the rock, and pressure exerted by root growth helps break down the rock. Only two species (in that region) seem to do this ubiquitously—Quercus muehlenbergii (chinquapin oak) and Platanus occidentalis. This process thus seems to have limited structural redundancy, as root penetration of rock by other plants is less frequently observed and their root growth within the rock is less extensive (Phillips, 2016 and this). 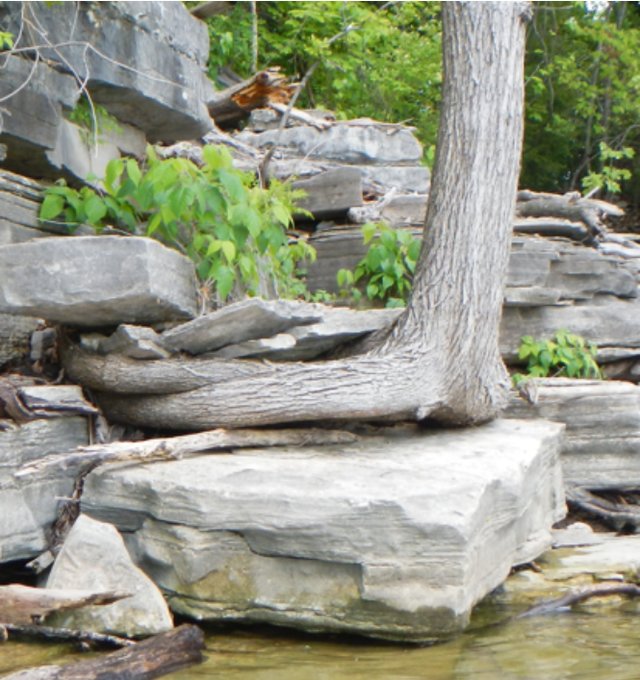 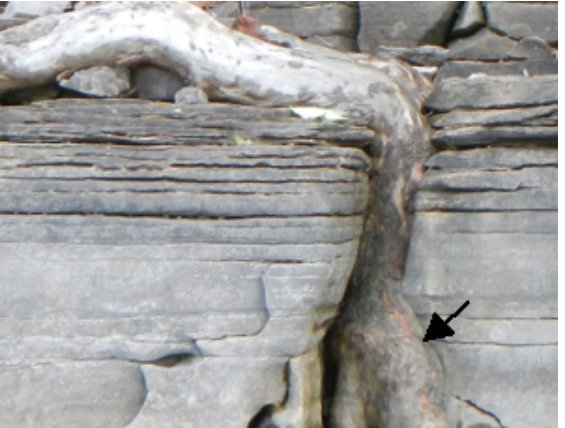 This issue may become more urgent as climate changes, and biogeography along with it. In the U.S. Atlantic and Gulf Coastal Plains, for instance, bald cypress (Taxodium distichum) fulfills several geomorphic roles (in addition to its ecological roles) that few or no other species can fulfill. Evidence suggests that sea-level rise is resulting in gradual replacement of cypress with tupelo gum (Nyssa aquatica) as salinity and tidal conditions encroach further upstream (e.g., Peterson and Li, 2015; Tallie et al., 2019). The trees are similar in some respects--both are capable of growing, once established, in perpetually standing water but both require non-inundated conditions for seed germination and seedling survival; both typically develop wide buttressed trunks. But they differ in geomorphically significant ways. Taxodium produces above-ground roots (cypress knees) that are very effective for erosion protection in some settings, and is more prone to uprooting. Nyssa decays faster, is more likely to sprout from stumps or form coppiced trunks, and is more prone to breakage (as opposed to uprooting), all of which are important with respect to large wood and organic matter dynamics. Biogeomorphic structural redundancy is thus quite low in lower coastal plain floodplain swamps. 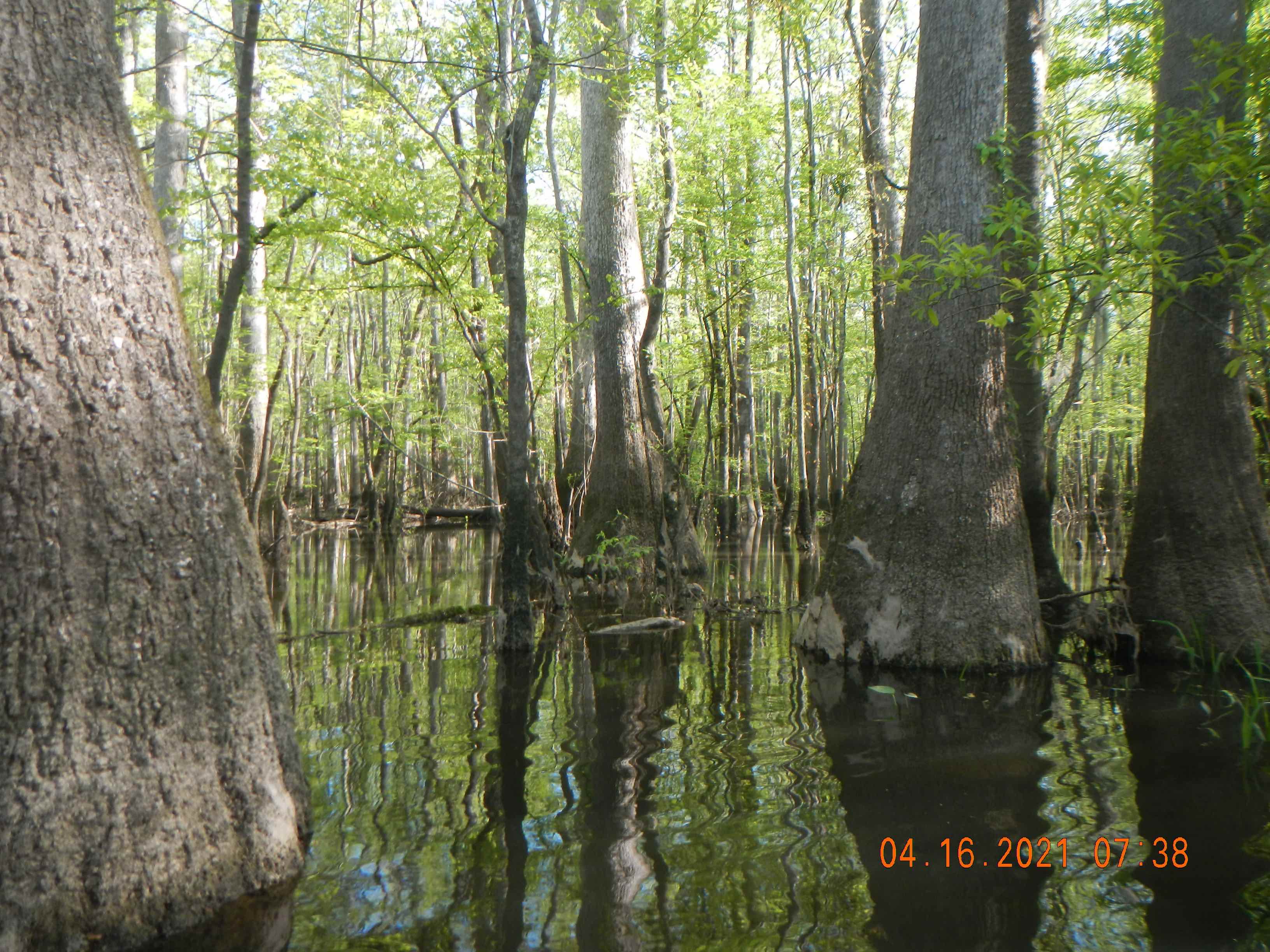