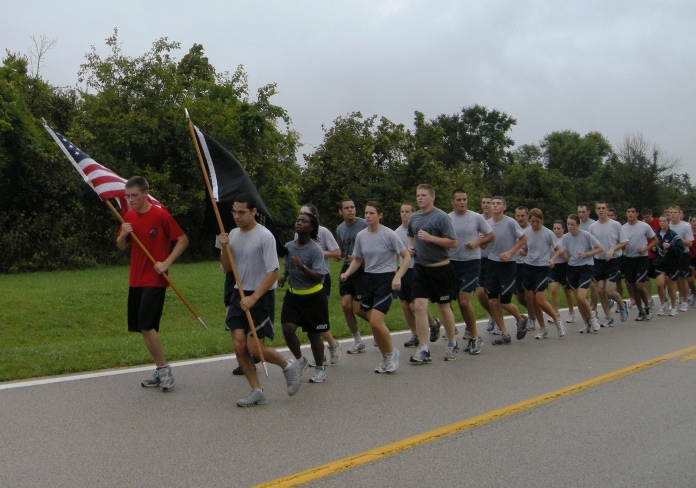 ROTC cadets and faculty will run 29 miles — from the UK campus in Lexington to the Kentucky Vietnam Veterans Memorial in Frankfort — on Saturday, Nov. 12.

Cadets and faculty will start their run at 6:30 a.m. in front of Barker Hall, located on Administration Drive on the central campus of UK. The runners expect to arrive at the memorial around noon.

Cadets will carry both the United States and POW/MIA flags along the entire route. The run will take place along Old Frankfort Pike.

Student organizations, community groups and family members will set up water stations every mile along the way.  The cadets will be led on the final few miles by a procession of motorcycles from local patriotic organizations.

After the run, a brief color guard ceremony will take place to honor those who made the ultimate sacrifice.

"This run is a small way for ROTC cadets to honor their brothers and sisters in arms for the price paid by so many veterans who came before them," said Major Jesse Hedge, head of admissions and public affairs for UK Air Force ROTC.