(Jan. 28, 2014) — Evan Sweet, a University of Kentucky geography senior from Brooklyn, N.Y., has been selected to present the 20th annual Edward T. Breathitt Undergraduate Lectureship in the Humanities at 7 p.m. Thursday, Jan. 30, in the UK Athletics Auditorium at William T. Young Library. Sweet's free public lecture focuses on how "slums" are depicted in society and in particular in Oaxaca, Mexico.

The Breathitt Lectureship was named for an outstanding UK alumnus who showed an exceptional interest in higher education and the humanities, Gov. Edward T. Breathitt. The lectureship is awarded to an undergraduate who has eloquently expressed the qualities of mind and spirit, including one or more of the basic concerns of the humanities: form, value and memory. Each year all undergraduate students are invited to apply for the lectureship.

Sweet's lecture, "Slum or Settlement? Rewriting the Narrative of Urban Poverty, with a Focus on Community Organizing and Autonomy in Oaxaca, Mexico," will explore two main ideas. First, the UK senior's talk looks at how "slums" and informal communities are depicted in aid literature, government reports and in society in general, while examining how professionals and academics discuss urban poverty. The second portion of the lecture investigates the Zapata encampment in Oaxaca, Mexico, and through interviews gleans insight into ways of creating new understandings of urban poverty.

The Breathitt Scholar selected this topic while in Oaxaca, Mexico, on a study abroad trip sponsored by the UK Department of Geography. 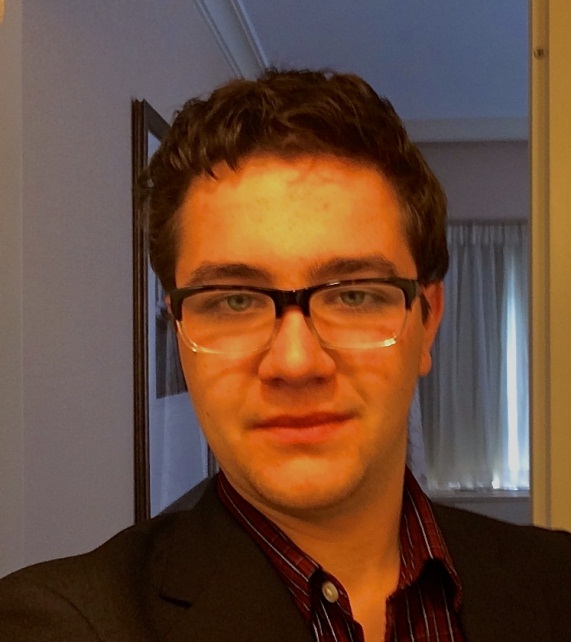 "I chose the topic on the second day of our two month trip after a tour of Oaxaca with our professor. There we saw a wide swath of the city, and the huge informal settlements, which rise up the hillsides around the city, were visually striking to me. After learning a bit more about these settlements, their internal organization intrigued me and I wanted to know more about their political organization," said Sweet.

Sweet's investigation of rhetoric and policy related to urban poverty began later based on his research. "I began reading 'Planet of Slums' by Mike Davis and began realizing that what he was writing about was very different from what I was seeing."

The UK senior hopes his talk will make the audience think more about the issue of poverty and maybe even develop a different perspective.

"My hope is that the audience leaves the talk thinking about this issue more. Some may leave the lecture thinking about what they can do to organize within their communities. Others perhaps will be interested in some of the innovative ways resources are managed in informal communities. I think the most important take away is that informal settlements are not the dirty slums we frequently think of them as, but instead that they are strong communities with dignity and strength, working towards better futures for themselves and their families," said Sweet.

The Breathitt Lectureship is presented by the Gaines Center for the Humanities, part of the Academy of Undergraduate Excellence within the UK Division of Undergraduate Education. As part of the lectureship, a student is given the opportunity to write and deliver a humanities-oriented public lecture on the topic of their choosing. The student speaker is chosen through an application process that includes a lecture proposal submitted by the student to an independent committee of readers.

In recognition of his selection to deliver the Breathitt Lectureship, Sweet also will receive a commemorative award and a $500 honorarium.

"I think my selection and the lectures before me really highlight some of the great work being done at UK, and the Gaines Center's recognition of interesting scholarship. I'm honored to have the ability to present to my peers and my professors, especially on this work," said Sweet.

The son of Nava Renek and Paul Sweet, Sweet is also pursuing a minor in Islamic studies and aglobal studies certificate in addition to his major of geography. His excellence in the classroom has previously garnered him the Thomas M. Geoghegan Memorial Award, for exceptional spirit and commitment in undergraduate studies in geography, and recognition as a Hajja Razia Sharif Sheik Islamic Studies Scholar, for demonstrating excellence and commitment to Islamic studies.

Outside of the classroom, Sweet is extremely active. He serves as co-president of the UK Hillel and Jewish Student Organization and is a tutor at CATS. Previously, Sweet participated on the Intercollegiate Debate Team and was president of Student Forum.

Upon completion of his undergraduate degree this May, Sweet plans to travel to Eastern Europe and Israel to conduct research related to Jewish culture and geography. His long term plan is to go to graduate school, where he will pursue either a doctorate in geography or a master's degree in urban planning.