Fall: on leave - Fall 2022 Fellow at the American Academy in Berlin 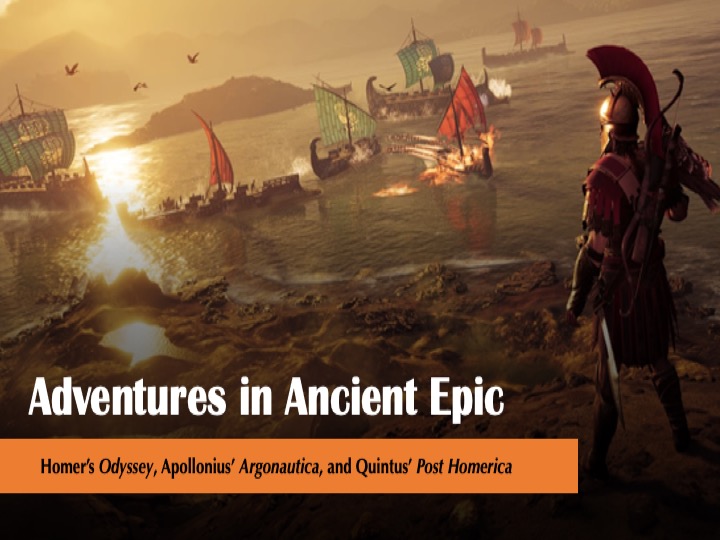 Wednesday, April 28 at 3:00-4:30 pm EDT: A live reading and discussion of the Argonautica (translation by Aaron Poochigian), hosted by Joel Christensen (Brandeis University) with guest speaker Jackie Murray (University of Kentucky). More information is coming soon about the featured actors.
Watch the live stream on the Center for Hellenic Studies YouTube Channel.

Reading the beginning of "Patois Iliad in the theatre of Aphrodisias"

Dr. Jackie Murray is Associate Professor of Classics in the Modern and Classical Languages, Literatures and Cultures Department at the University of Kentucky. She is on the editorial board of Classical Philology, Religion Compass, and Brill’s Research Perspectives in Classical Poetry.

In her own words:

My primary research area is Hellenistic Poetry, its reception of Archaic and Classical Greek literature, its influence on Latin poetry and Imperial Greek literature, and on Latin and Imperial Literature. My publications have focused mainly, but not exclusively, on Apollonius’ Argonautica and Callimachus’ Hymn to Demeter. My secondary area is Race and the Classics and the reception of Classics in African American and Afro-Caribbean literature. I am drawn to complexity and to subjects that require a constellation of approaches and perspectives.
While it may appear that my two areas of interest are worlds apart, and admittedly, I was forced into my second area of interest by the racism I have experienced during my career, I have, nevertheless, found these two avenues of inquiry comparable, compatible, and mutually reinforcing. Both require a high degree of intellectual rigor. On the one hand, friends and colleagues who work on Classical Greek and Roman literature are constantly reminding me how off-putting the steep learning curve that Hellenistic poetry is for many. On the other hand, the relationships between Classics and Race Studies and racism is very fraught: the symbolic power of the discipline has been used and continues to be used as a vehicle to promote and reinforce white supremacist ideas about who can and should be an intellectual and who belongs in the academy. It is therefore crucial to pursue both, and in the order I have ranked them. This is not because I think the two focuses of study are unequal or simply because my ranking reflects the order I took them up. Rather, my research in Hellenistic Poetry, frankly, lends credibility to my work on Race and the Classics, as Classics itself and not just a sub-branch or an extraneous field of “Africana Classics”. Both Hellenistic Poetry and Race Studies require that I develop a broad range of perspectives and use different types of evidence to gain insight that I translate into knowledge. In general, my research pursues projects that open new horizons and encourage further dialogue and exploration among an ever-broadening community of scholars.

With respect to these interests I have developed courses that are cross-listed with the African and Africana Studies Department at the University of Kentucky: “Reception of Classics in African-American and Afro-Caribbean Literature”, “Classics and Black Theatre”, “Blacks and the Classics I: Antiquity to Emancipation”,  “Blacks and the Classics II: Classics and Segregation”, “Race, Ethnicity, and Identity in Antiquity,” and "Gender, Sexuality & Racecraft in the Celluloid Classical World." The last course, I also teach cross-listed with Gender and Women’s Studies along with "Gender and Sexuality in Ancient Greece and Rome", “Wicked Women: Women in Power - Cleopatra and Wu Zetian,” “Amazons for Americans” and “Sex and the Ancient City.”

2021 “Race and Sexuality: Racecraft in the Odyssey” in Denise McCoskey, ed., Bloomsbury Cultural History of Race Series. [in press]

2020 “Quarrelling with Callimachus: A Response to Annette Harder’s Aspects of the Interaction between Apollonius Rhodius and Callimachus”, Aevum Antiquum 19 (Callimaco e Apollonio) 77-106.

2022 Fellowship at the American Academy in Berlin

2020 Fellowship at the Center for Hellenic Studies

2018 Visiting Scholar at the Center for Hellenic Studies 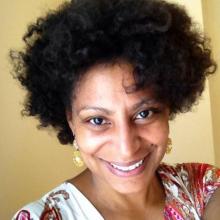