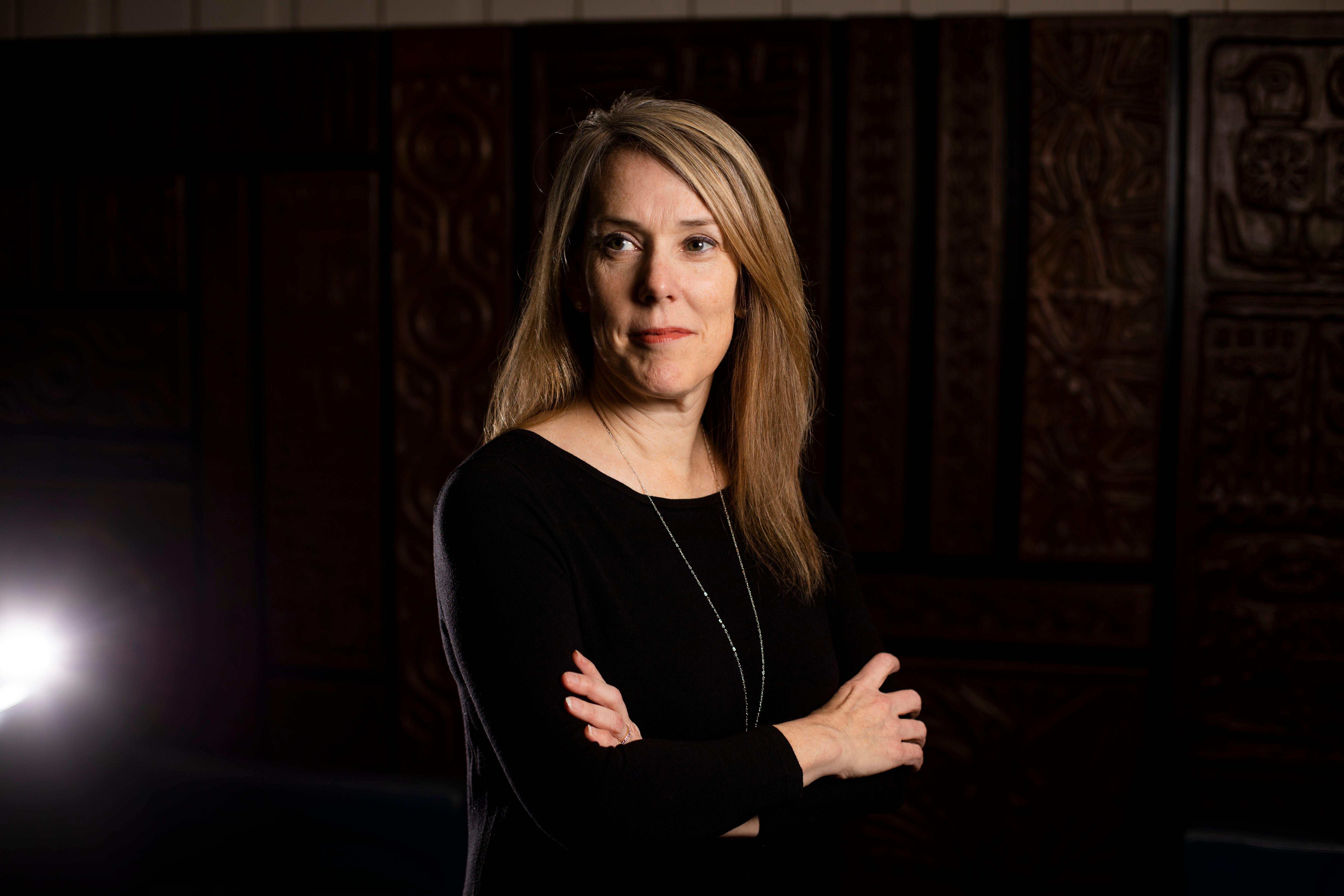 Amy Murrell Taylor, an accomplished professor, historian and author at the University Kentucky, can add winner of one of the most coveted awards for the study of global slavery to her remarkable list of accomplishments and accolades.

Taylor — who was recently appointed the T. Marshall Hahn, Jr. Professor in the UK College of Arts and Sciences — has been awarded the prestigious Frederick Douglass Book Prize for “Embattled Freedom: Journeys through the Civil War’s Slave Refugee Camps” (UNC Press, 2018). The award is presented annually by the Gilder Lehrman Institute of American History and the Gilder Lehrman Center for Study of Slavery, Resistance and Abolition at Yale University.

“Past winners of the Frederick Douglass prize have left a deep imprint on me intellectually and are among my very favorite works of history," Taylor said. "To have my book recognized alongside them is stunning. I am grateful to the prize committee and to Yale’s Gilder Lehrman Center for this tremendous honor.”

A jury of scholars selected this year's finalists from a rigorous field of 72 nominations. The winner was then decided by a review board of representatives.

"Embattled Freedom" is a study of the many thousands of men, women and children who fled slavery and sought refuge behind the lines of the Union army during the American Civil War. It explores what their day-to-day experiences in military-supervised camps reveals about the way emancipation unfolded in the United States.

"Amy Murrell Taylor’s 'Embattled Freedom: Journeys through the Civil War’s Slave Refugee Camps' is both beautifully written and an extraordinary contribution to the history of emancipation and the American Civil War," Manisha Sinha, chair of the jury, noted.

Original and nuanced, the book balances triumphant and pessimistic narratives of the wartime destruction of slavery — revealing the stories of individuals that inform the larger history of the thousands of African Americans who made their way to refugee camps.

"Taylor's analysis of the 'politics of survival' — securing work, finding shelter, battling hunger, clothing bodies and keeping faith — makes this book a masterwork of research and narration," Sinha commented. "Her meditations on the difficult yet inspirational refugee experience of freed people is an outstanding scholarly achievement that carries a timeless message for our own fraught times.”

“The university is proud to have such an esteemed individual be recognized for critically important work that enhances the historical narrative surrounding all who’ve experienced slavery,” Provost David Blackwell said. “This well-deserved honor is a testament to UK’s commitment to promoting academic excellence and advancement not only for our students but all members of our community.”

“Not only has Amy Taylor enhanced our understanding of the history of emancipation and the Civil War, but also, she is deeply engaged on an ongoing basis with the Commonwealth and our heritage,” Mark Kornbluh, dean of the College of Arts and Sciences, said. “An outstanding teacher at both the undergraduate and graduate levels, she epitomizes the ideal of our land-grant mission. We are fortunate to have her on our faculty.”

The Frederick Douglass Book Prize was established by the Gilder Lehrman Institute and Gilder Lehrman Center in 1999 to stimulate scholarship in the field by honoring outstanding accomplishments.

The award is named for Frederick Douglass (1818–1895), the one-time slave who escaped bondage to emerge as one of the great American abolitionists, reformers, writers and orators of the 19th century.

The $25,000 award for the best book published in English on slavery, resistance or abolition will be presented to Taylor at a celebration in New York City Feb. 13.