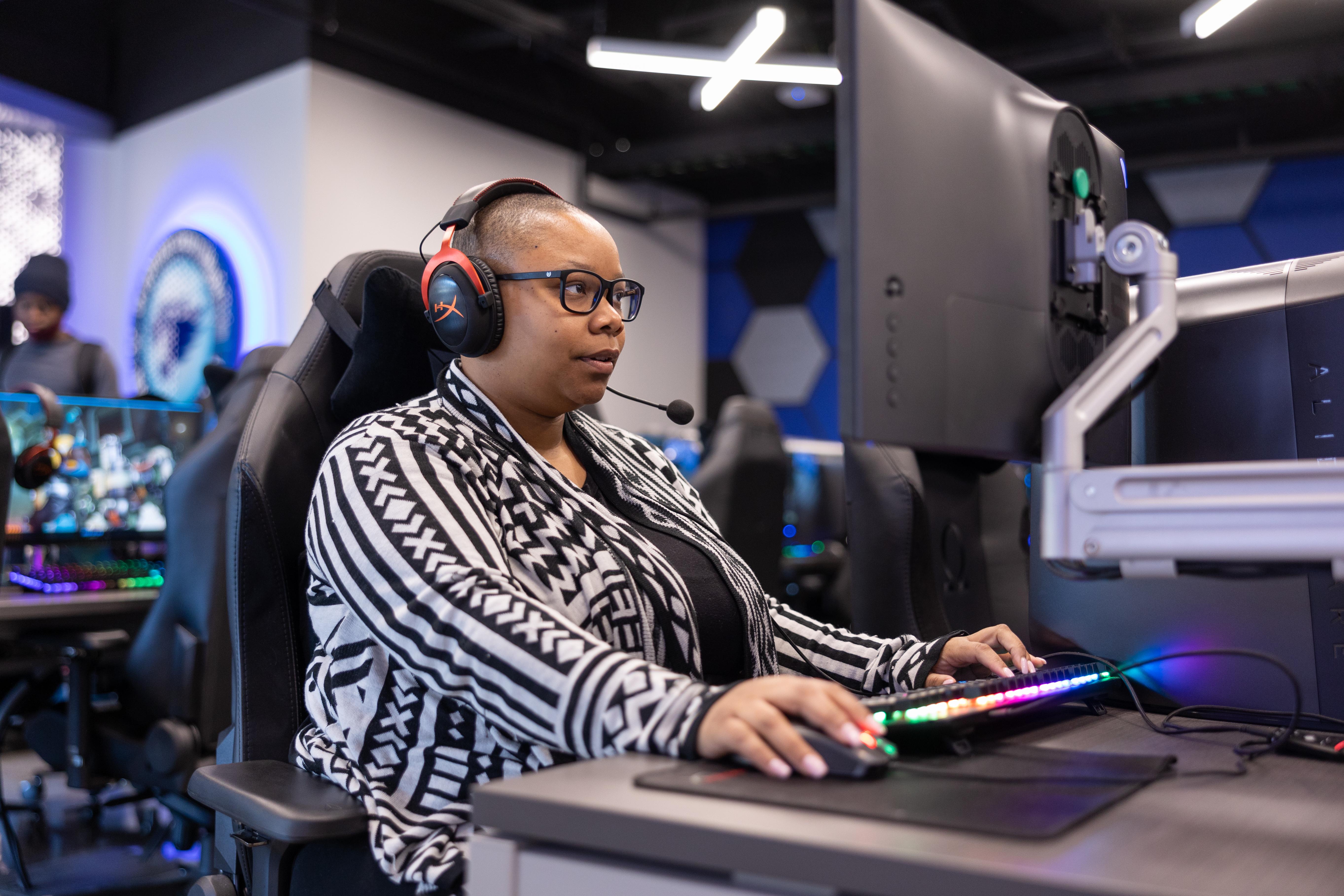 Many people grew up playing video games throughout their childhood. Gaming has become an important culture in the world today. It has inspired many, including Kishonna Gray, who is using her gaming experiences to create platforms to talk about important topics, such as Black people in the cyber world and intersectional feminism.

Gray is an associate professor in Writing, Rhetoric and Digital studies and African American and Africana studies and an affiliate faculty in Gender and Women studies and International Film studies. In her latest book, Intersectional Tech from Louisiana State University Press, she talks about blackness in gaming at the intersections of race, gender, sexuality and (dis)ability in-depth.

“While my extensive publication record explores how technology disparately impacts women and people of color, my current research interrogates the possibilities and potentials of what that technology can afford Black communities who are traditionally excluded from public spaces, including digital ones,” said Gray, who earned her Ph.D. at Arizona State University.

Her connections to gaming go way back to her childhood. She grew up in a rural town in Kentucky and got into video games at a young age because there was not much for her to do.

“I got into gaming because there was nothing else to do growing up,” she said. “The town nearby was called (Ku Klux) Klan country because there was an active Klan that would march every year and it wasn’t safe to be outside so we would stay indoors a lot and through that, I perfected my gaming skills.”

Ever since she got into gaming, she has discovered multiple games and consoles that she has enjoyed using.

“Growing up as a kid, I really enjoyed the Mario and Sonic era,” said Gray, who is a participant in UK’s Commonwealth Institute for Black Studies. “The first console I ever owned was the Sega. My brother owned a Nintendo, so we also had that to play with. Next was the PlayStation one and two and to me, the PlayStation two is probably the best video game console that has ever been made. Nothing comes close to it.”

Gray’s passion for gaming never stopped. It followed her through college, where her experiences with gaming were much different. For example, she changed systems.

“I didn’t get into Xbox until college, because we couldn’t afford it,” she said. “In college, I started dating someone who owned the Xbox, and I fell in love with Halo 2 on the console. The online experience on Halo 2 was the best experience that I have ever had.”

She also talked about how welcome she felt in the gaming community, as compared to listening to other women talked about their experiences in the world of gaming.

“I have always been welcomed in the gaming space,” she said. “I have had a lot of my white woman friends often talk about how their brothers and boyfriends wouldn’t let them play. It was the complete opposite for me. I didn’t experience that in the black community. My brothers encouraged me to play and pushed me to be the best I could at every game I played.” 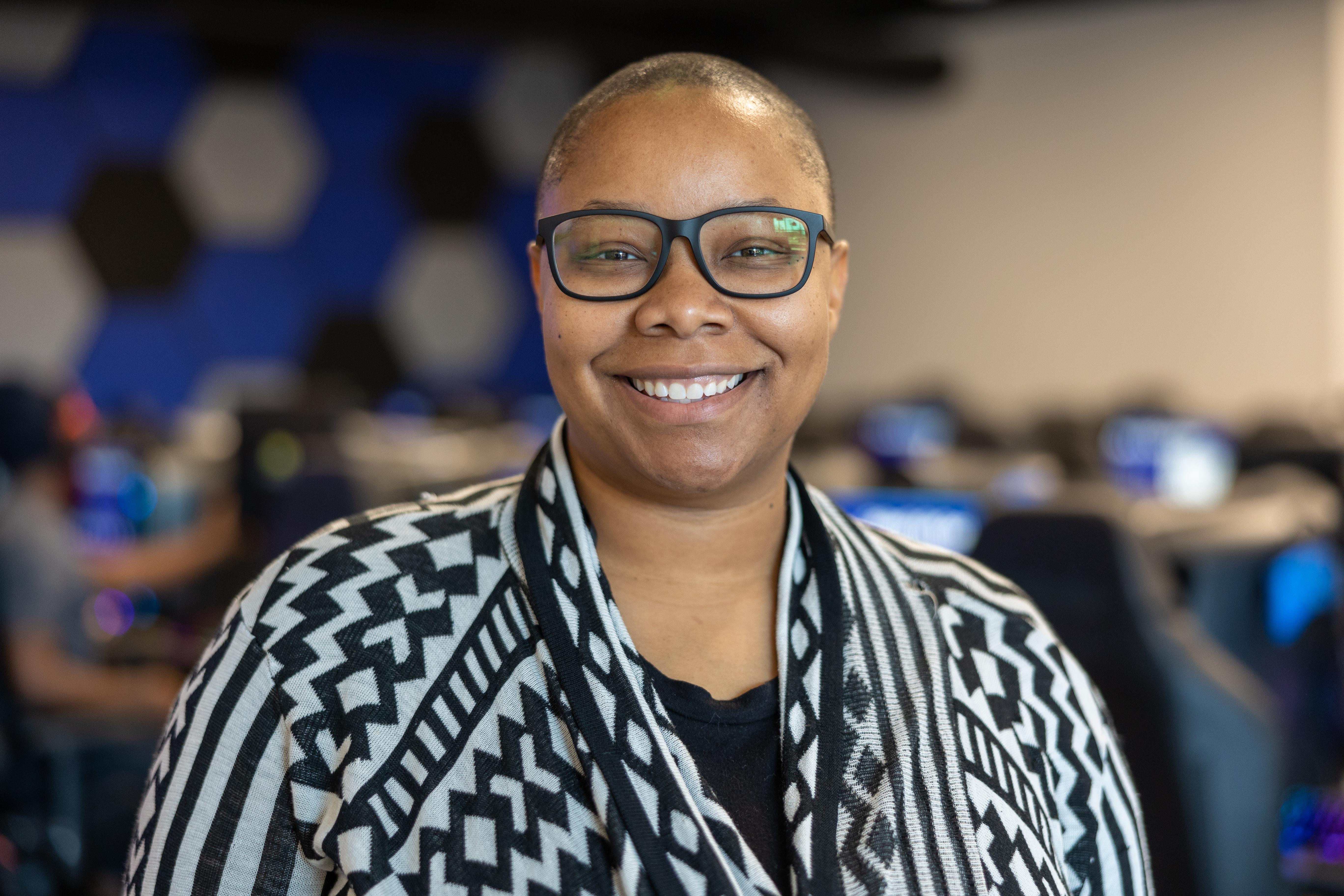 After hearing her friends talk about their unwelcomed experiences, as well as looking at all the different experiences she had faced in gaming, Gray turned to her commitment to intersectional feminism to help her understand the different perspectives to be found the gaming space.

“The gaming and esports landscape can be very male, very white and very Western dominated,” she said. “I am committed to intersectional feminism and making sure that we have global perspectives including perspectives from the global South, folks of color, queer folks and trans folks and making sure that these folks are part of the conversation as well. Because it's not only a singular demographic of people that are influencing the gaming culture.”

The study of gaming and the e-sports culture at UK drew Gray to UK.

“I came here because of what UK is doing in gaming,” she said. “I am sitting here in the Cornerstone building right now thinking about the e-sports arena. There was really a commitment around gaming. I also wanted to make sure that my scholarship is a part of that conversation, especially to people who have scholarship similar to mine.”